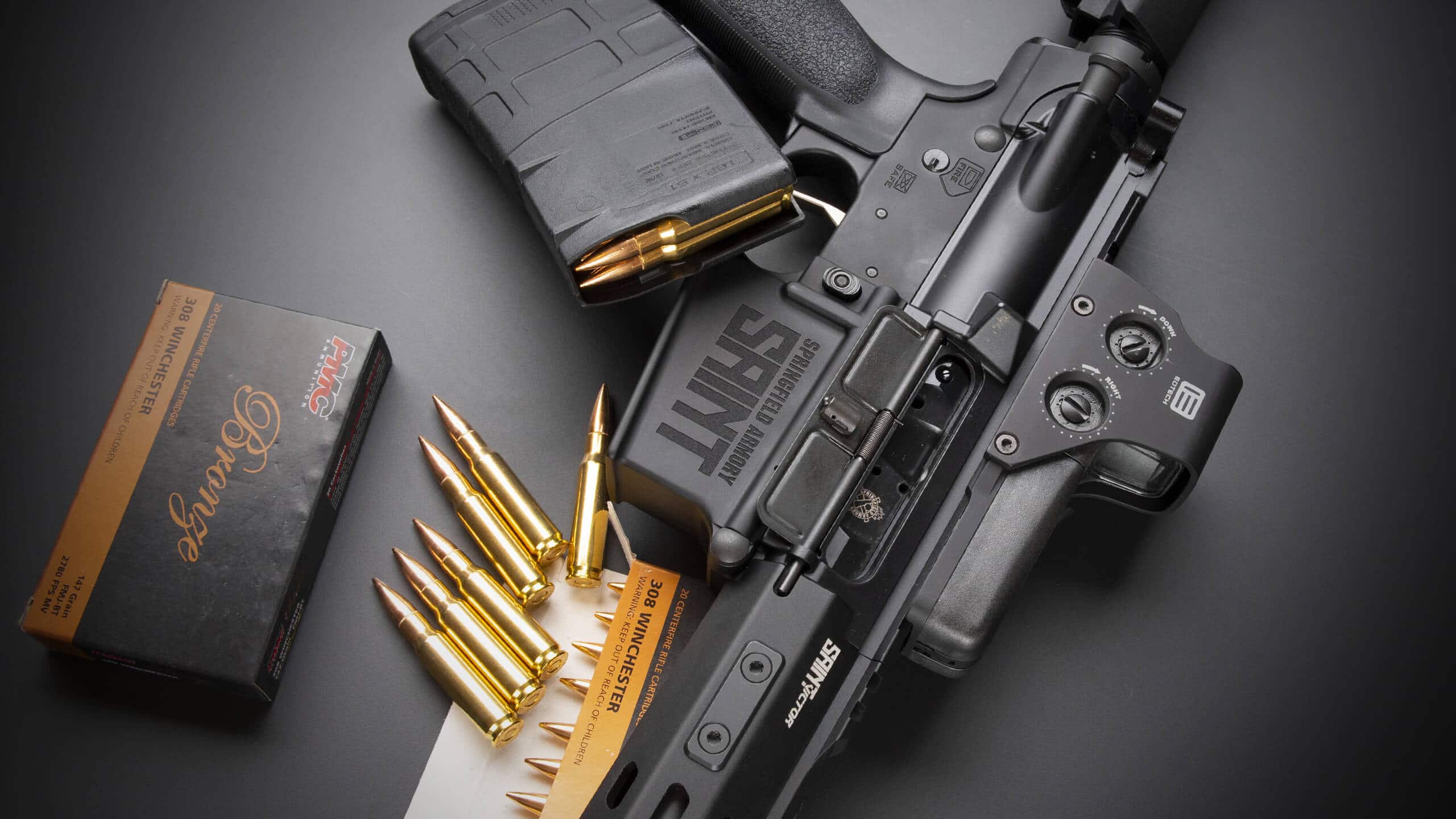 The idea for a short-action cartridge rivaling .30-06 performance has been around since before the Depression. But once the M1 Garand carried us through World War II, military circles took up the short-.30 banner with an experimental infantry round. The T65 was essentially a .30-06 with a shorter 51mm rather than 63mm case. In a fit of brilliance, Winchester snatched the design for its hunting roster and in 1952 dubbed it the .308. Two years later the U.S. Army adopted it and urged its acceptance by NATO, which complied in 1957.

To hunters, infantry cartridges have all the cachet of beige filing cabinets. While the .308’s short stature, light weight, low case cost and function in self-loading guns initially served military interests, sportsmen of that day were more seduced by new belted magnums. Utility, like wisdom, can be an acquired taste.

But the .308 soon earned plaudits afield. Commercial makers began to chamber bolt-action, lever-action, pump-action and autoloaders in the round. The .308 case holds 20 percent less powder than a .30-06, and about 40 percent more than a .30-30. It has roughly half the capacity of a .300 Weatherby Magnum. Traditional loads sent 150-gr. softpoints at 2,820 fps, 90 fps shy of listed speed for those bullets in a .30-06 but 190 fps faster than their exit from the old .300 Savage round. Seth Swerzcek at Hornady tells me its top-selling .308 load is still the 150-gr. SST, albeit Superformance ammo with 165-gr. InterBonds at 2,840 fps brings more muscle.

Meanwhile, the round was proving itself in military circles internationally as the 7.62×51 NATO.

The cases are identical — same 2.015 length, 20-degree shoulder, .473 rim. Body and neck are the same. Cartridges are loaded to the same 2.800 overall length. Of course, loads can differ. Military units and LE agencies may specify bullets of limited use to hunters, and port pressures to operate service rifles. “We use the same brass and primers for commercial and service-contract ammo,” says Swerzcek. “Typically, Hornady recommends loads for a contract. Officials approve or tweak specs. We hew to them.” Standards of both rounds are governed by SAAMI and its European equivalent, CIP.

Jeff Hoffman at Black Hills Ammunition notes differences in measurement location. “Pressures for the 7.62×51 NATO may be taken at the case mouth instead of mid-case. We check production at both places, commonly seeing slightly lower values at the mouth.” He also says velocities for the 7.62×51 NATO are often taken 78 feet from the muzzle, not SAAMI’s standard 15. “A small difference, but important if you’re loading thousands of rounds to exacting standards.”

What about maximum horizontal range? It’s listed at 4,500 yards for the .308, and 5,500 for the 7.62×51. “Different bullets in the trials,” say ballisticians. At extreme range, ballistic coefficient rules.

<img ” class=”logo-tal-icon” src=”https://www.thearmorylife.com/wp-content/themes/thearmorylife/img/logo-tal-icon.svg”/>Live The Armory Life. The latest content straight to your inbox plus an automatic entry to each of our monthly gun giveaways!

A common twist for both cartridges is the original 1-in-12. For the leggy bullets popular now, faster spin is common. Krieger uses and has rifled barrels 1-in-11 for high-power competition, with bullets as heavy (long) as 220-gr. MatchKings. Dave Tooley’s Bench Rest experience nudges him toward modest spin rates. Having chambered more than 7,000 barrels, he likes 1-in-12 twist even for long-range bullets. “An exceptional 1-in-14 Hart barrel held half-minute accuracy with flat-base 187s at 1,000 yards.”

Hornady ballistician Scott Javins agrees with Tooley that targets tell the story. But he understands shooters choosing sharper spin. “They heed caveats from bullet-makers, and gyroscopic stability values.” GS, he explains, responds dramatically to higher spin rates. “A 168-gr. ELD Match at 2,546 fps from a .308 barrel with 1-in-11¼ rifling spins at 162,960 rpm. GS: 2.08. The same bullet sent at 2,528 fps from a 1-in-8 bore spins at 223,830 rpm. GS: 4.11.” He adds that GS disparities may not show up on targets or game at ordinary ranges.

While the 7.62×51 NATO designation remains common in military circles and abroad, it’s all but gone from commercial loads stateside with just a few offerings here and there. The .308, however, dominates ammo rosters, with 79 loads from five U.S. ammo makers. Federal catalogs 24 loads, Hornady 17. Even Norma of Sweden has seven loads, more than for any other cartridge in its line. No centerfire round is chambered in more rifles worldwide.