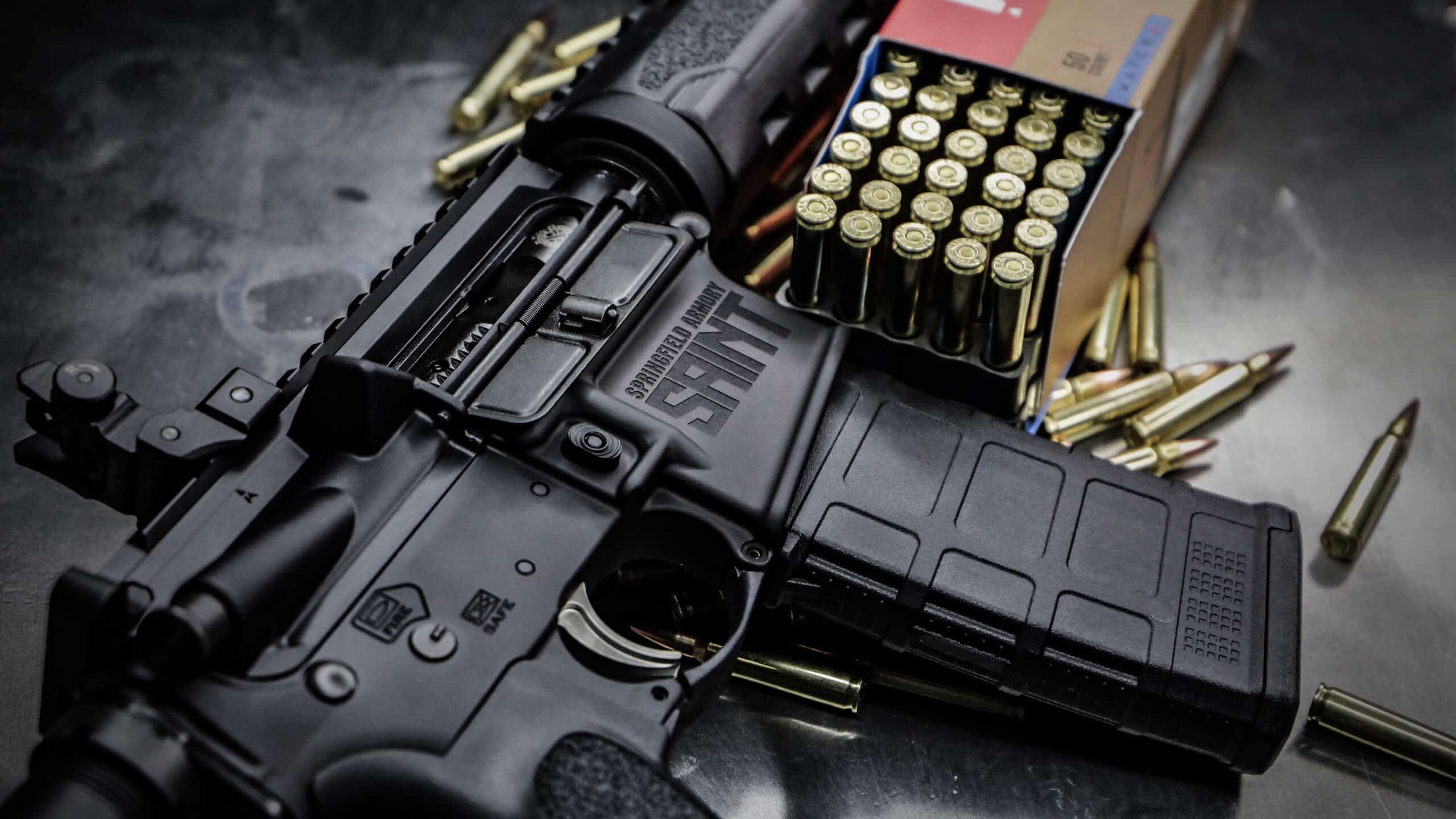 Many shooters view the .223 and 5.56 as identical or at least interchangeable rounds. Well, listed case dimensions are the same, and each will chamber in barrels bored for the other. But that’s not the full story.

Hornady engineers tell me the .223 Remington is stoked to 55,400 CUP (Copper Units of Pressure), a level specified by SAAMI (the Sporting Arms and Ammunition Manufacturers Institute). Service loads for the 5.56×45 NATO generate 58,500. Chamber dimensions and rifling twist vary among the myriad AR-15s and bolt rifles barreled to .223, but the 5.56 commonly gets a longer throat. “Roughly .125 more freebore,” say the white-coats bearing micrometers.

In 1979, SAAMI cautioned that 5.56 chambers differ from those in .223 sporting rifles, and that use of 5.56 ammo in .223 rifles could jack pressures. So what does that mean for your firearm? In the case of Springfield Armory’s SAINT .22-bore rifles and pistols, they are described as “multi-caliber”, meaning they’re designed to function well and safely with both .223 and 5.56mm rounds. However, given common differences in loads and throats, it’s a good idea not to use 5.56mm ammo in a firearm with a dedicated .223 chamber.

The lineage of these enigmatic twins dates to 1957, when the .223 popped up as an experimental cartridge for what would become the M16 infantry rifle. Working with Gene Stoner, Bob Hutton at Guns & Ammo magazine paired a 55-gr. bullet with a case a tad longer than a .222’s cartridge case. The tiny missile exited at 3,250 fps and met a retained-velocity spec of supersonic flight to 500 yards.

Adopted in 1964 as the 5.56mm Ball cartridge, M193, it was issued to U.S. forces in Vietnam, and after that tour until 1984. In 1980 it earned the approval of NATO nations, which substituted an FN-designed 62-grain SS109 boat-tail bullet. The SS109 left the gate at 3,100 fps. Its superior ballistic coefficient ensured harder hits at distance. Faster 1-in-7 rifling twist maintained accuracy. The U.S. Army called this load the M855. By then, case length in millimeters had joined the moniker. So was born the 5.56×45 NATO.

It was soon recognized that the round had a lot of merit for use in sporting rifles. Naturally. The .223’s design owed much to the popularity of the .222 Remington round that had been introduced in 1950. The “triple deuce” cleaned up at Benchrest meets and bumped pelt counts for fox hunters. The .223’s 1.76″ case is just .06 longer than the .222’s. But the .223 has a shorter neck and holds 20 percent more powder.

As rifles and loads were developed for the new .223 round, a shorter throat and steeper leade (ramp angle of the lands in front of the throat) was employed. A tiny rodent behind the crosswire demanded fine accuracy not required on the battlefield. An infantry rifle’s priority was function, often in trying conditions hunters didn’t endure. No matter the weather, the grit and debris and egg-cooking barrel temperatures, perhaps long-nose tracer bullets awaiting their chance to jam, a soldier needed the bang!

As a result, M16s got generous chambers. Bolt-action rifles enjoyed tighter tolerances, shorter bullet jump and slower 1-in-12 rifling for popular 40- to 55-gr. varmint bullets. But, today’s AR’s in the civilian market have proven to be extremely capable of impressive accuracy as well.

A counterpoint: Bullet weight and diameter bow to velocity in energy calculations, but can figure heavily in killing effect. Arguably, precise shot placement matters most with small bullets.

The wide range of .223 loads begs sifting before you specify rifling twist. Nosler advises a 1-in-12 spin for bullets no longer than its 60-grain Partition. In my tests, 1-in-12 bores kept groups tight with bullets as heavy as 62 grains but spun 69-grain BTHPs too slowly. A 1-in-8 spin is claimed to stabilize BTHPs to 80 grains, and shoot bullets as light as 50 grains accurately. As always, test out your preferred load in your gun to check results.

So there you have it, the story of the 5.56 and the .223, going back to the birth of the 5.56mm M16 all the way up to today’s top .223 loads. Obviously, the round and the AR combo is one of the most popular in American today, due in no small part to the exceptional performance of both. And the .223 has grown beyond its M16 roots to become a popular round for other platforms such as bolt-actions and more. And now you know what you can shoot in which!