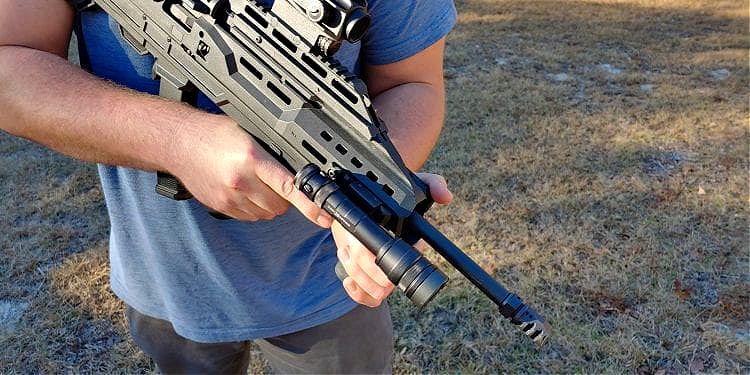 This thing should make that lightsaber noise, and you know the “wwwooohhhmmm” noise that occurs right before Mace Window removes your dome piece. The Cloud Defensive REIN pretty much does the same thing with darkness. It fires up an ultra-powerful beam that cuts through the darkness like a lightsaber through Mandalorian’s unarmored neck. Quick and easy with little difficulty. Cloud Defensive is known for pushing light technology forward, and the REIN is no different. 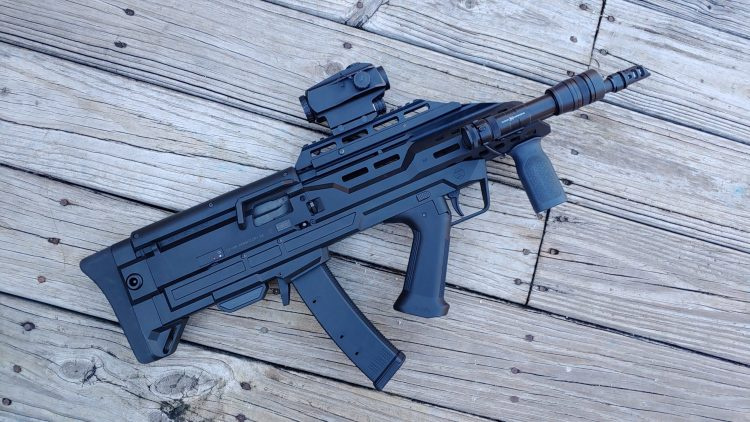 The REIN is a long gun option.

The OWL was the first step in their plan to dominate the light world. It showed what a high lumen count could do when paired with an equally high candela output. The end result was a powerful 12 o’clock light that dominated the market.

Some people wanted the power the OWL offered with more traditional handling. The OWL didn’t play nice with laser aiming devices and was a chunky boi. The REIN came to be for those who want that high output light and compatibility with other devices.

The REIN comes in standard and micro variants. I’m wielding the standard, and it backs a blistering, blinding, painfully powerfully 1,400 lumens backed by 60,000 candelas. That’s a lotta ass for a light. What’s more impressive is that the REIN has a runtime of two hours with the included 18650 battery. 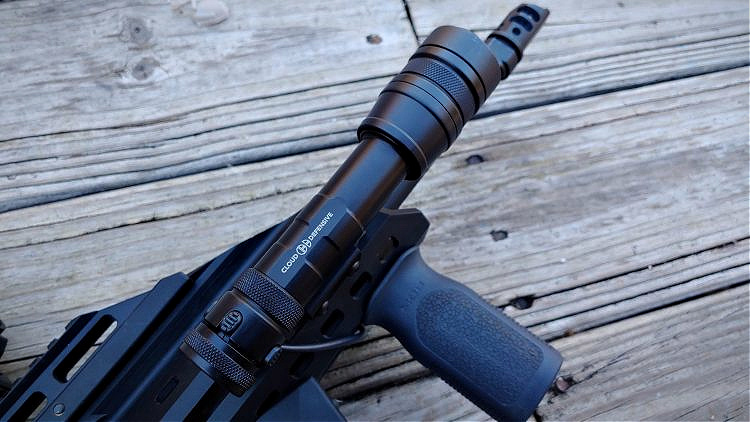 Lumens are a measure of the available light. It’s the raw intensity the light has. Candela is the amount of light emitted from a device. Thinking of it as lumens vs. candela is a bad way to think about it. Lumens and candela work together in the REIN to provide bright light that has a long effective range.

The REIN and Range

If your gun’s quipped with a REIN, the best way to maximize its effectiveness is with a magnified optic.

Don’t get me wrong, it’ll work with a red dot just fine, but even the bogeyman can’t hide from the REIN and a magnified optic. I attached mine to my Scorpion bullpup rifle and a 1X prism and quickly realized I needed to go magnified.

At 100 yards, I’m not just seeing my target. I’m capable of seeing the color of his teeth, if he trimmed his nails, what country made his AK, and I’m also blinding him relatively effectively.

I’d say the Rein is a spotlight, but I’d be underselling it. It’s a ray of freakin’ sunshine that’s lighting up the target downrange with ease. With a magnified optic, you can use that bright light combined with magnification to make up for the weaknesses of human vision. 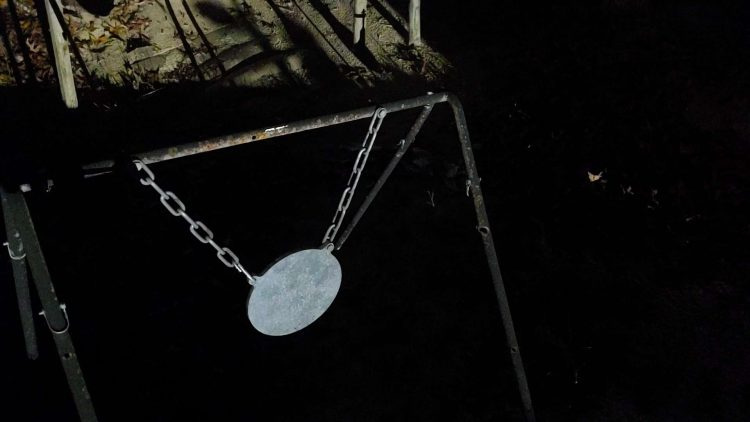 See how well this 10-inch gong is illuminated with light from REIN at 100 yards?

Shooting at night with the REIN was a ton of fun. Its ability to light a target up ensures I have perfect positive identification of my target. I can use Sage Dynamic targets and easily make out the vital zones at 100 yards.

With the light removed from my Scorpion, I sent a buddy downrange and hit him with the beam, and he less than happily informed me just how freaking bright the REIN is. The warm beam is an absolute beast and creates a crazy level of discomfort and an instant need to shield your eyes from the beam.

The REIN’s long-range effectiveness is admittedly rather nice, but there is more to a light than range.

The REIN casts a warm beam, which means the beam is more yellow than blue or white. The benefits of a warm beam are the obvious severe effect on someone’s eyes and the light’s ability to overcome other lights. 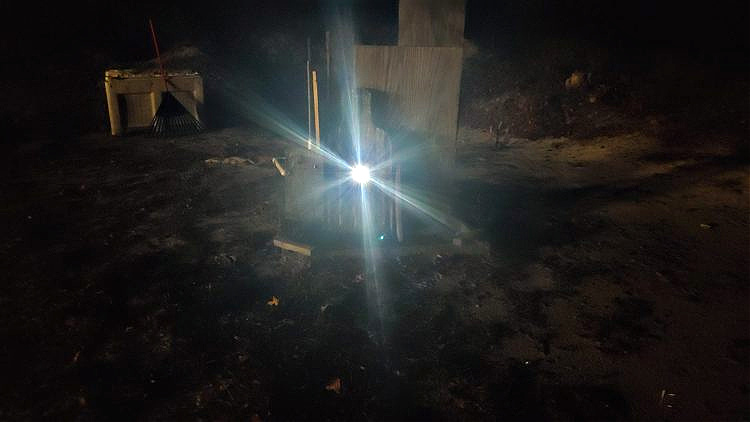 Do you ever run into a jerk in the other lane who doesn’t dim his brights, and his lights overcome your lights?

That’s what the REIN does to other lights. If someone is standing under a streetlight or even shining a light at you, your REIN will overcome it and outshine it. 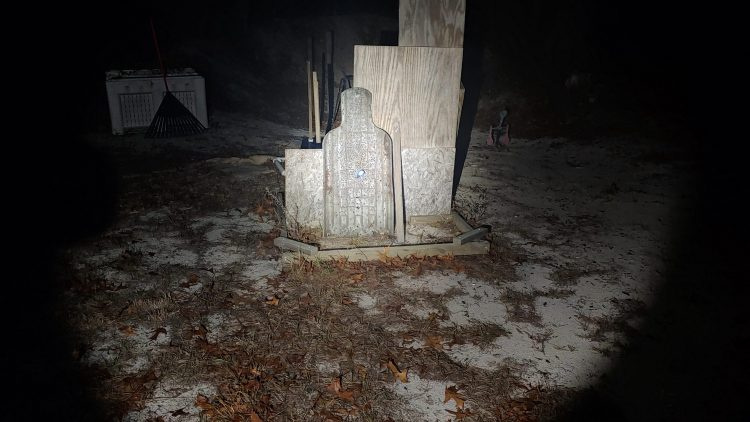 The REIN easily defeats the photonic barrier of other lights.

The power behind this thing makes it a very efficient tool and a powerful gadget to strap to your Picatinny rail.

Ergonomics and Beyond with the REIN

One complaint many had about the OWL was its weight.

Honestly, I never thought it was a big deal, but Cloud Defensive must have taken the criticism to heart and trimmed the weight of their new light.

The REIN, with Picatinny mount, battery, and switch, weighs 8.54 ounces. That’s rather light and sweet for the power it provides. If you want a lighter option, the REIN Micro is 7.48 ounces. 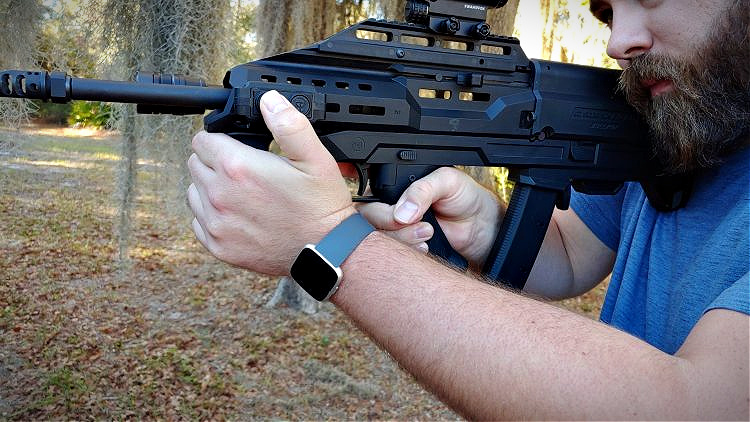 The REIN pressure switch is very easy to run.

The Remote Switch is rather genius.

The Remote Switch is very easy to use. It’s meant to attach to a rail with the provided mount and features two buttons. One is for momentary use and the other for constant.

The Pressure Switch is superbly ergonomic.

The momentary and constant modes are quite responsive. When the light is on constant, it can be switched off momentarily with a light press of the constant button. Not a full press; just apply a little pressure. When released, the light immediately comes back on. The momentary button takes a deliberate touch to activate, so light NDs won’t be an issue.

This is a proprietary switch and is built into the tail cap. As you’d imagine, the tail cap also has a clicky button as a tertiary method of using the light.

The built-in design ensures the light switch never comes loose or pops out of your light. You can remove the tail cap and rotate it into several different positions to allow the switch to be mounted at various angles.

The Scorpion bullpup forced me to get creative due to limited space. I ran the light on the right-hand side and the switch under the handguard and on the left side of the gun. 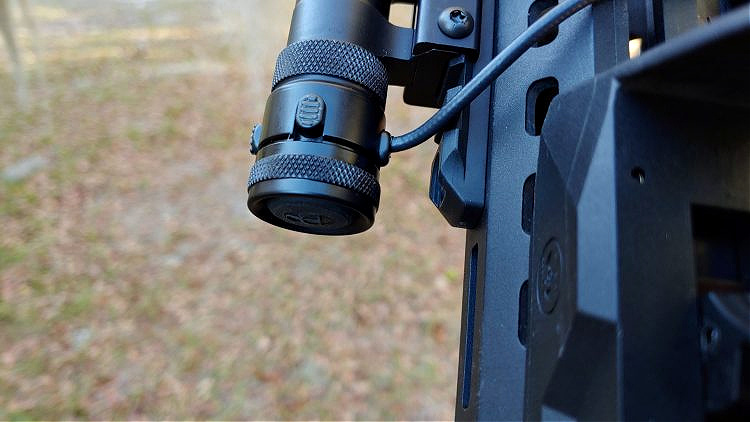 The Tail Cap accommodates the cord in four different positions.

Go Towards the Light

The REIN is a powerful and efficient weapon-mounted light that currently offers an industry-leading combination of lumens and candela. 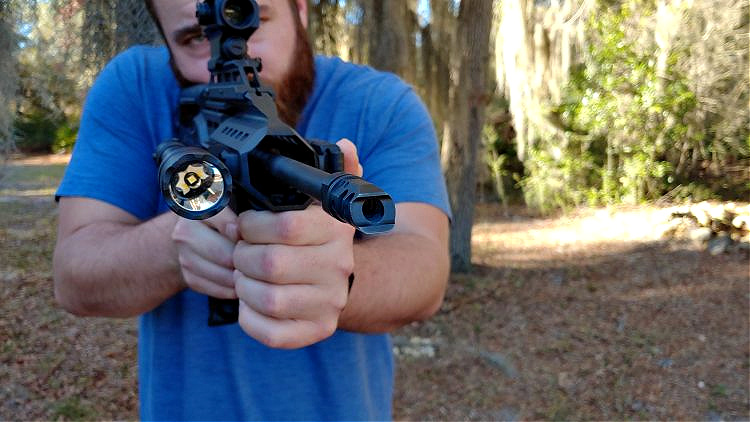 Cloud Defensive is known for pushing light technology forward, and the REIN is no different.

Cloud Defensive has made an impressive weapon light once more and shined a light on what modern weapon light technology can look like.

The REIN is available at our store. Check it out, and let us know what you think about strapping a ray of sunshine to your firearm.