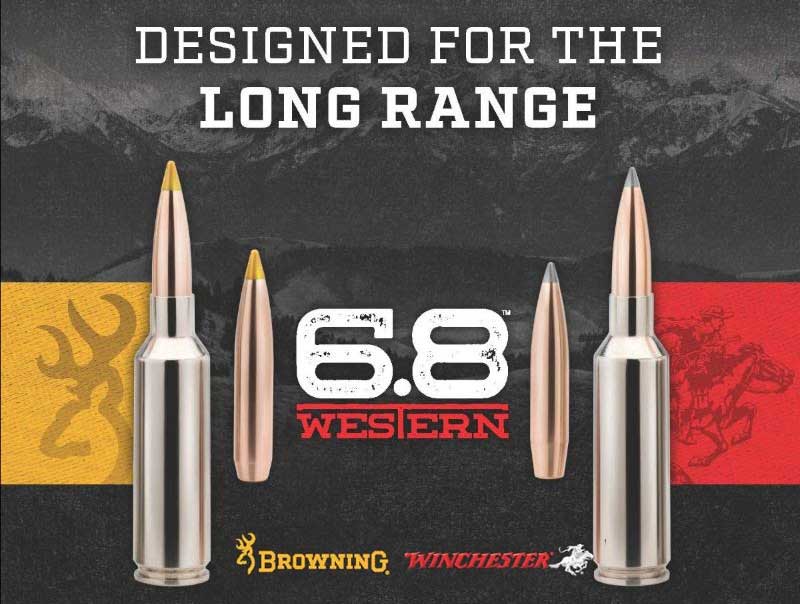 One of my favorite things to see each year as a gun writer is the arrival of new cartridges on the ammunition market. We all want to see something new and awesome and this year several major manufacturers have obliged by launching promising new cartridges. Read on to find out what’s brand new and relatively recent in the world of cartridge design.

Unless you’ve been living under a rock you’ve probably seen Winchester’s new 6.8 Western cartridge in your newsfeed. 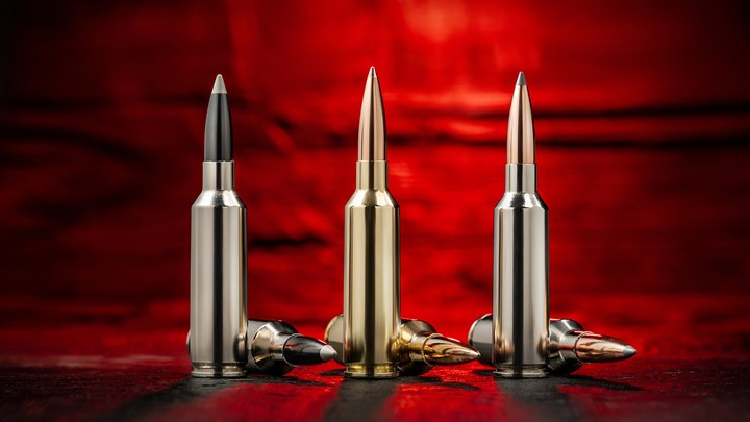 Winchester and Browning worked to create this cartridge not to be the biggest, baddest hunting round out there but to deliver a purpose-driven, superior option for big game hunters. The cartridge is based off the .270 Winchester Short Mag and designed to produce less felt recoil with significant velocity and energy for ethical one-shot kills.

According to Kyle Masinelli, the Director of New Product Development at Olin Winchester, “If we compare [6.8 Western] to our .270 WSM cartridge, the 6.8 Western has 10 percent less propellant but has 12 precent more energy at 500 yards. It seems that we cheated physics somewhat but we really just used it to our advantage by optimizing case capacity and bullet weight.”

Winchester’s 6.8 Western is larger than the .270 WSM and also dwarfs the 6.5 Creedmoor when it comes to dimensions. According to the company the cartridge produces approximately 24 foot-pounds of recoil while delivering 67 percent more energy than the ever-popular 6.5 Creedmoor. Early reports state the cartridge routinely nails sub-MOA three-shot groups.

Hornady just happens to manufacture a wide variety of top-performing rounds and the 6mm ARC promises to be yet another success. 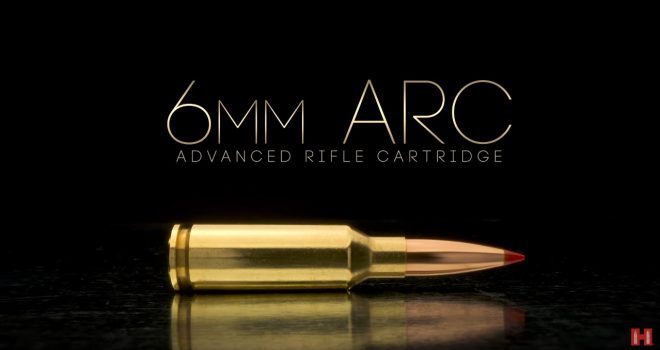 Hornady’s 6mm ARC is designed for superior performance in AR-15s and can also be run in short-action bolt guns. Photo credit: Hornady Manufacturing.

The 6mm ARC was designed for greater ballistic performance than most readily-available AR-15 cartridges but it’s also offered in micro and short-action bolt guns. It’s a versatile cartridge that’s useful for everything from home defense to hunting to competition.

According to Hornady the 6mm ARC offers quite a few benefits including but not limited to the following:

The 6mm ARC does what the .223 Remington cannot do in the AR-15 platform by producing less drop and greater accuracy at longer distances in a lighter-weight package. In addition, Hornady states guns chambered in their latest cartridge weigh between 30 and 35 percent less than rifles chambered in .308 Win, offers versatility superior to that of the 6.5 Grendel, and out-performs 6.8 SPC at long range.

This is indeed a solid-performing cartridge.

Nearly a century has passed since the 270 arrived on the ammunition scene. It’s a classic for a reason but as with anything in life there’s always room for improvement. Enter the 27 Nosler. 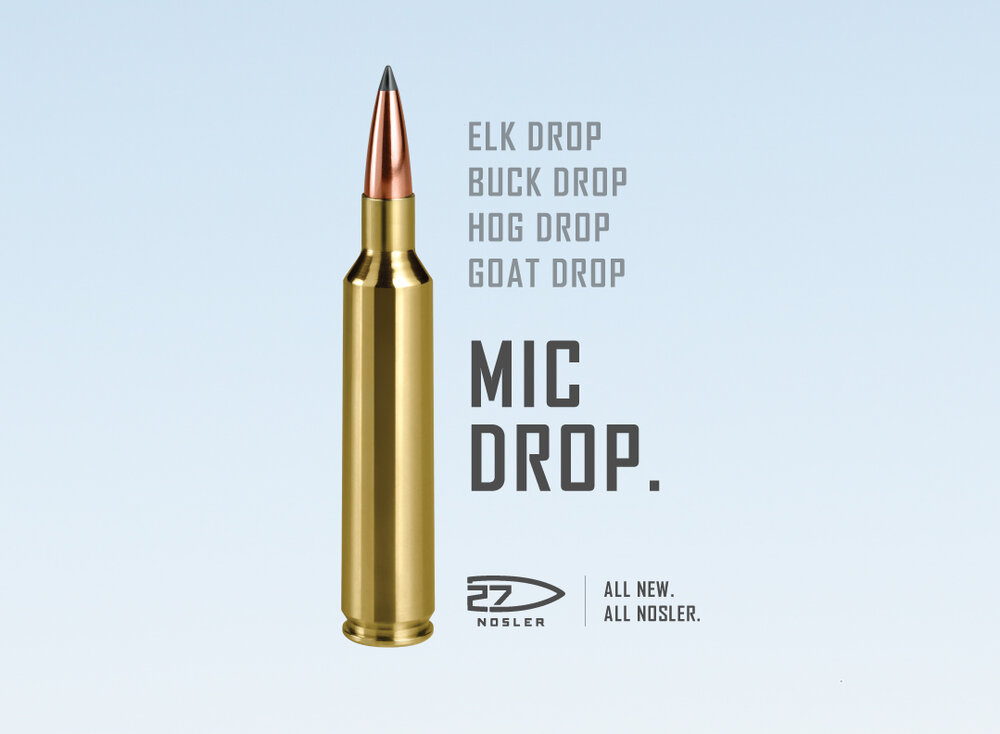 The 27 Nosler is Nosler’s answer to leveling up the classic 270. (Photo credit: Nosler)

Nosler designed the 27 Nosler as an updated homage to the 270, giving it an edge for stability, velocity, and overall performance. The parent case of the 27 Nosler is technically the 404 Jeffrey. It produces 400 feet per second more velocity than the 270 Win and 300 feet per second beyond the 270 WSM. Trajectory is improved, too; the 27 Nosler experiences a full 11 inches less drop than 270 Win at 500 yards. Twist rate of barrels chambered in Nosler’s latest cartridge is 1:8.5-inches for outstanding stability at longer distances.

“Introduced in 1925 and lauded by many icons in the industry such as Jack O’Connor, it’s hard to find a more patriotic round than the ubiquitous 270 Winchester. As cool and still-relevant as this nearly 100-year-old cartridge is, the 27 Nosler was conceived as a 21st century upgrade, providing fans of this legendary cartridge with a long-range, high-performance option.”

This is a stellar cartridge for longer-range shots especially while hunting.

Nosler has a solid reputation in the industry for good reason and the 27 Nosler proved once again they’ve still got it. It should be interesting to see what they develop next.

This one’s a wildcat round but worth a mention considering it’s tied to Vortex, an optics manufacturer. 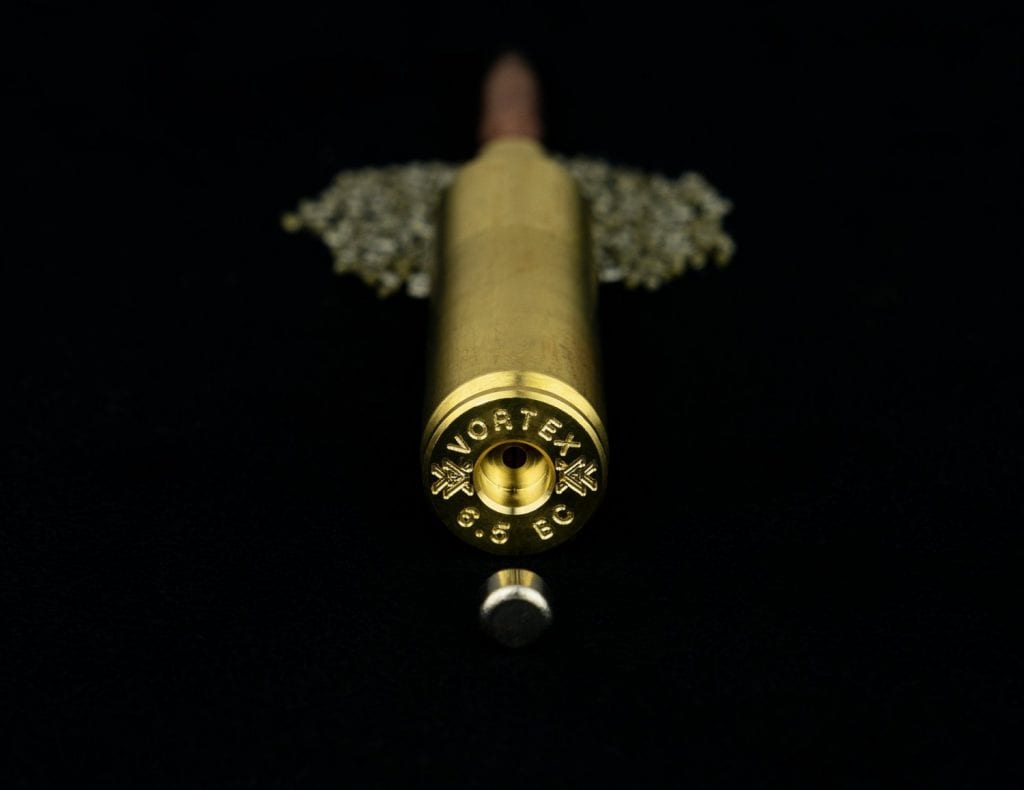 Vortex’s launch of the 6.5 BC was a surprise, but the good kind. (Photo credit: Vortex)

Apparently it was the guys on the Vortex Nation Podcast that decided to come up with their own wildcat cartridge; Vortex themselves admits they are unlikely to dive head-first into ammunition R and D and mass production right now.

The 6.5 BC is a long-action cartridge with a 3.340-inch COAL (Cartridge OverAll Length). Its official parent case is the 300 Remington Ultra Magnum, a cartridge that does have its own following. Roberson Cartridge Company produced the initial batch of brass for the 6.5 BC while reamers and dies were made by Pacific Tool and Gauge.

It appears the idea behind this wildcat was to make a better deer-hunting cartridge capable of more precise long-range shots.

Will anything come of it in the long run?

It’s hard to say but one thing is for sure: without innovation and experimentation there are no new mass-production cartridges. Good for the Vortex team for trying their hand at a new wildcat.

Although Weatherby has a reputation for creating and producing speedy cartridges in rather unique cartridges they do sometimes come out with something that’s outside their norm. This is where the 6.5 Weatherby RPM (Rebated Precision Magnum) comes in.

Weatherby wanted to produce a top-performing backcountry rifle that was compatible with their 6 lug action and, of course, they did it. 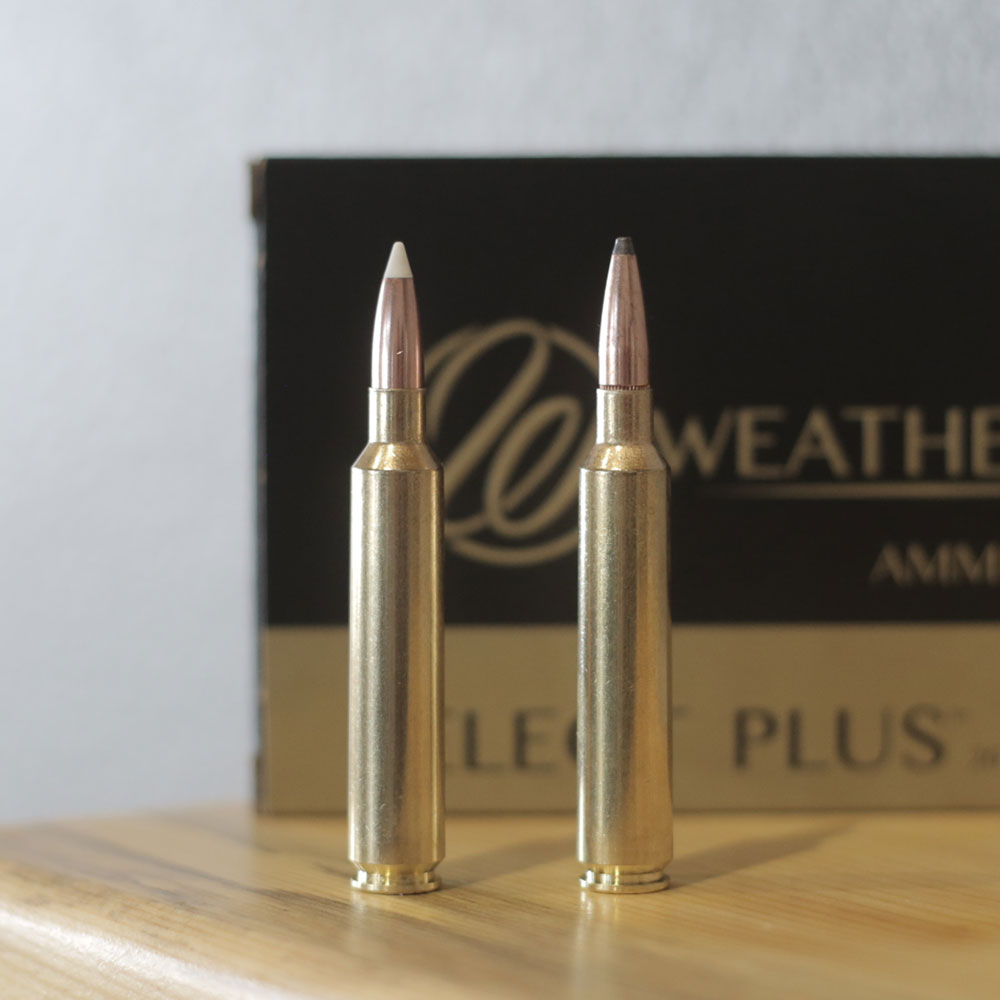 The 6.5 Weatherby RPM was originally created to produce the best backcountry rifle ever. (Photo credit: Weatherby)

The specific rifle it’s being chambered in is their Mark V Backcountry Ti which weighs in under 5 pounds. The 6.5 Weatherby RPM was developed based on the 284 Winchester, a cartridge first produced in 1963. Details of Weatherby’s latest cartridge include a rebated rim, low body taper, 35-degree shoulder, and compatibility with a standard 30-06 bolt face. It does not have the long freebore you might be used to from Weatherby.

Ballistically the 6.5 Weatherby RPM definitely holds its own.

According to the manufacturer it produces 1500 foot-pounds of energy at 500 yards, making it a smart, ethical choice for hunters interested in longer shots. Average velocity with a 140 grain bullet is 3000 feet per second and 3200 feet per second with a 127 grain bullet. Bullets are currently being produced by Barnes, Nosler, and Hornady. Redding is manufacturing reloading dies.

It’s always nice to see a manufacturer step outside their comfort zone. Weatherby seems to have done an excellent job with their latest cartridge.

Be sure to check out all the other great new guns and gear from SHOT Show 2021.