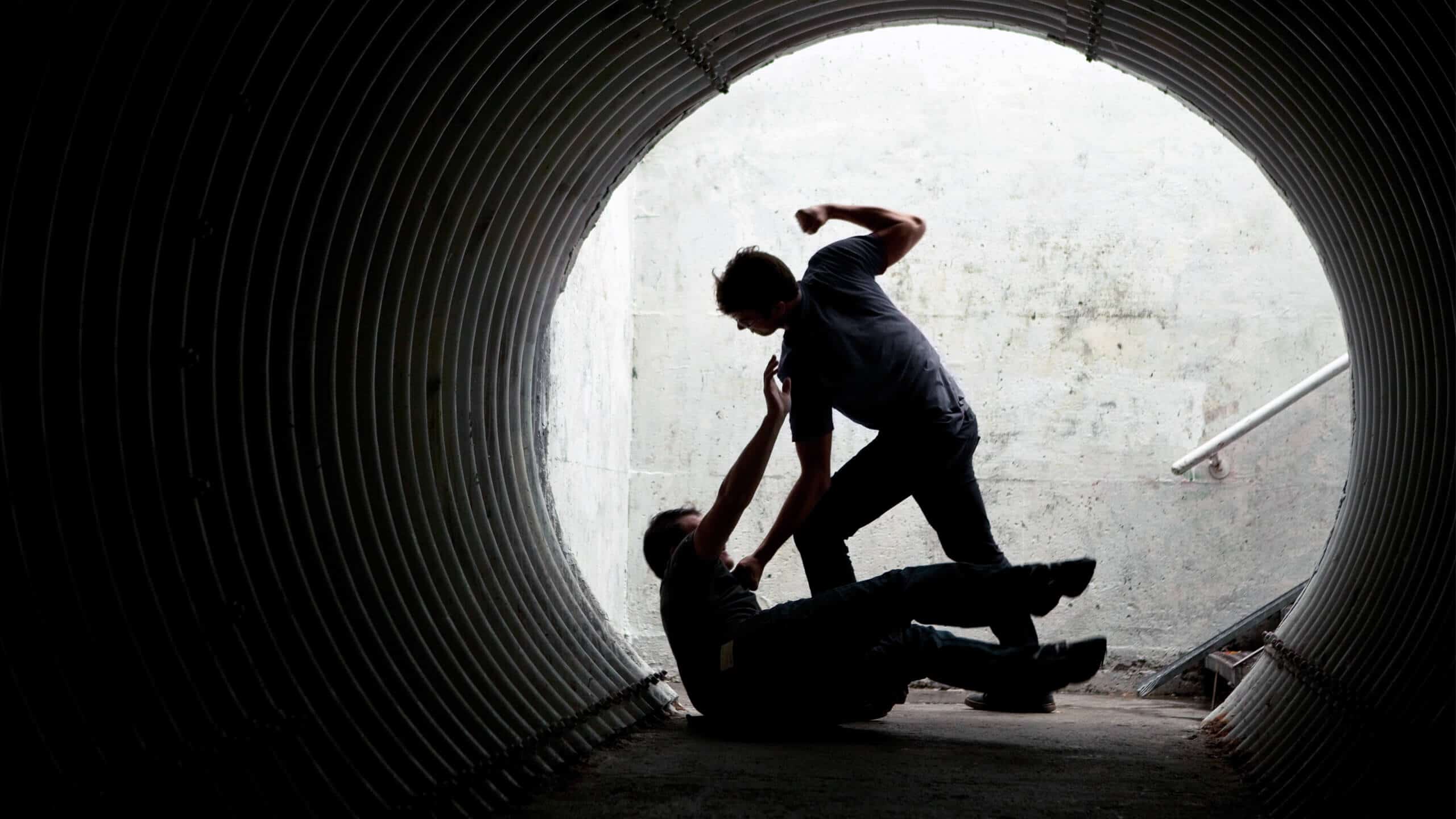 Have you ever heard of violent physical attacks known as the so-called “Knockout Game”? Instances of these attacks have appeared in small towns and large cities all across these United States.

What can you do to prepare yourself and successfully survive one of these attacks? That’s what we will be discussing today.

What Is the Knockout Game?

The “knockout game” is one of many names given to physical assaults in which one or more assailants attempts to knock out an unsuspecting victim, often with a single sucker punch, all for the amusement of the attackers and their accomplices.

The rules of the game are as simple as they are brutal. A group chooses a lead attacker who then seeks out a victim. Unlike typical gang violence or other street crime, the goal is not revenge, nor is it robbery.

The victim is chosen at random. The attacker charges at the victim and begins punching. If the victim goes down, the group usually scatters. If not, others join in, punching and kicking that person, often until he or she is unconscious or at least badly hurt.

What three things can you do to avoid, prepare for and survive such unprecedented street violence?

Let’s talk about each of these three things in greater detail.

Situational awareness amounts to nothing more than observing your environment. We have a tendency to have our face buried in our mobile phones, texting or talking, and being completely detached from our immediate environment. From the predator’s perspective, this is equivalent to finding an ostrich with its head in the sand — easy prey.

The predator looks directly at you, and the secret to maintaining situational awareness is to simply look back. Occasionally, make a good investment of a whopping three or four seconds to look up from your cell phone to see who is nearest you. When a pack of predators observing potential prey notices that the prey is aware of its presence, the element of surprise is completely removed from the equation.

If you’re able to hear it, see it, smell it coming, then you can step off those railroad tracks long before that freight train hits you. You can accomplish this beneficial task by applying your situational awareness.

Protect yourselves like the professionals – use protective intelligence or open source available information. Open-source intelligence, known as OSINT in the defense-intelligence community, is the collection and analysis of information that is gathered from public (or open) sources. The term “open” refers to overt, publicly available sources (as opposed to covert or clandestine sources).

Everything from watching the news and reading articles to watching current and informative videos can provide you with a tremendous amount of relevant information. OSINT is primarily used in national security, law enforcement, and business-intelligence functions and is of tremendous value to trained analysts.

Such information can tell you the time and physical location of a specific event or trending of events. For example, if your travel plans take you through a known hot-spot where there has been a couple of incidents in past weeks, then you are best advised to either avoid passing through that exact block or if you must, then at least click your “potential-threat radar” up to the highest setting. You can then dial it back down after you pass clear of the known high-threat area.

Mob mentality is fickle and can change like the wind. In one second, a large group can be milling about, holding signs and peacefully chanting. In the next second you’re in the middle of a street fight replete with flying lead, bricks and airborne Molotov cocktails. The best defense against being attacked by a mass of human beings is to first be made aware of its presence and then do everything possible to avoid direct or even peripheral contact.

If you must, for whatever reason, stay in that same physical area, then it is best to navigate to the perimeter or completely avoid contact altogether. Move to an open area where you have a clear line of sight to your next objective — back to your car, or the safety of a store or open business.

If you are confronted by a mob, your best defense is de-escalation and avoidance. Remember, there are many more of them than there are of you, and it would be unhealthy to make a stand unless you had no other options. The bottom line is that you will eventually be overwhelmed by sheer numerical superiority.

By reading this blog you are now up to speed on “the game” which means you are no longer unaware — making you that much less of a potential victim.

By paying further attention to the news, internet and local reports, you can collect even more “protective intelligence” to help you identify potential threat areas. Being able to effectively read and react to a mob of less-than-peaceful people gives you a tactical advantage.

Sure, if you can’t see it, smell it, or sense an attack coming and somebody pops out from around a dark corner and smacks you really hard in the back of the head, there’s obviously no defense for this. However, in preparation against anything other than a planned ambush, you can use these three defensive measures can help keep you from participating in the “Knockout Game”.