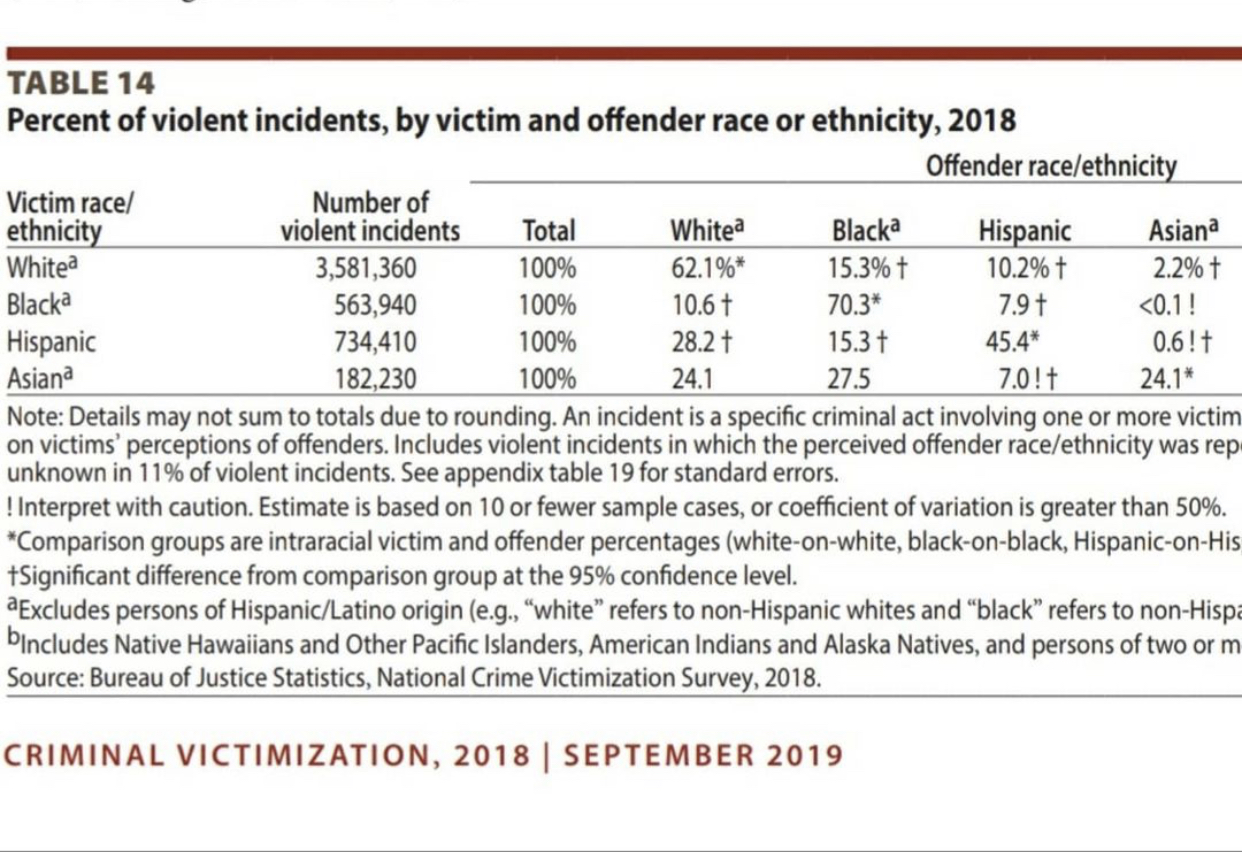 Since the spree killing in Atlanta, Georgia on Tuesday, night the nation has once again thrust race to the forefront of discussion?

The obvious answer is that all the victims were of Asian heritage. So the motive must have been race, yes? The liberal side of the media establishment, and those in political circles who enjoy using racial tension as a moral bludgeon, certainly believe so.

But the perpetrator has stated for the record that the motive was not race, it was “sexual addition” in his own words. The scraggly bearded 21 year old did not target Asians for being of Asian descent, he targeted the Asian massage parlors because of the stereotype associated with those establishments. Establishments that he was apparently a patron of at one point, at least two of them according to police reports.

So, was race the motive?

More accurate to say that racial association was a motivating factor. This does not feel like the racially/ethnically/demographically motivated killing of Christchurch or Charleston, where the targeted victims were absolutely chosen around the racial or religious demographic. Instead it was the association of the ‘Asian Massage Parlor’ with sexual favors and innuendo. Everyone knows the association that the ‘Asian Massage Parlor’ is just a *wink wink nudge nudge* brothel. “Me love you long time,” is a pop culture reference for crying out loud…

It isn’t know whether anything untowardly sexual happened between the perpetrator and any employee of any of the establishments, but that is the implication. It is entirely possible this is a delusion born of stereotyping and false expectations. Other evidence suggests there was a religious motivation, an extreme aversion to what he thought of as sexual sin.

Considering that, this killing feels more like the Uber Killer in Kalamazoo, Michigan. Someone who is or became what would once have been called, and perhaps still is, ‘unhinged’ from reality. There is a tremendous amount going on in this specific case, so to boil it down to a racial ‘hate crime’ is entirely disingenuous. We do nobody any benefit by watering down motives, especially for ‘woke’ points. And even more so if we cannot be honest about statistics.

Asian Americans have also noted the disparity between the response to this incident, mass liberal moral outrage, and the deliberate slaying of an innocent elderly man only a few weeks ago. They have noted particularly that the perpetrators were of different ethnicities, neither were Asian. The white perpetrator is getting the moral outrage by the barge load, justifiably, and it is getting checked with every social outrage box it can manage, predictably. White Supremacy, Racism/Asian Hate, Misogyny/Sexual Assault, Gun Violence, and every other hashtag that can be tagged.

But the Black perpetrator in San Francisco? The man of roughly the same age (19 instead of 21) who shoved an 84 year old man to the ground, killing him, for apparently no reason at all. No reason beyond the fact that he was elderly, Asian, and perhaps vaguely in the way of the younger man. That murder was described by the San Francisco District Attorney as a “temper tantrum” and not a hate crime.

Are the two killings different? Yes, they are. One appears to be a violent act of convenience against an elderly Asian, perhaps because he is Asian, and the other appears to be a deliberate attack against massage parlor employees, also Asians, because of the sexual stereotype.

Under a slight change in legal code, one of these crimes would likely also have changed. The white 21 year old man could have attacked a legal brothel, or a legal escort, or another accessible sex worker if law codes in the United States allowed for those forms of work openly. The other crime would remain unchanged, an unprovoked killing of a senior Asian citizen.

Which was more targeted by race?

Which should generate the moral outrage?

Both should, but they didn’t.

Anti-Asian sentiment has been running especially high since 2020. The American Islamic community, and Sikh by visual association, experienced a more potent form of the attitude shift in 2001, but the Asian community was blamed for COVID-19 while Islamic practicing Americans were blamed for the attack by Al-Qaeda.

Both attitudes are patently stupid. But when has that stopped anyone.

“China Virus” and usually, as such prejudicial idiocy goes, not one of the more aggressive lukewarm IQ types ever bothered to see if anyone they were casually dehumanizing, or actively assailing, was even a Chinese viral lab researcher, or even from Wuhan, or even from China. Nope, being vaguely oriental is generally enough for the angry mongoloid crowd, which is just a mirror of the low-information “blue checkmark” commentators who spew their particular brand of biased braindead bullshit. Just because someone is your political opposite doesn’t make you smarter than them.

Let’s take a look at that chart again.

As we have consistently reported, violence is generally skewed intraracially. But looking at the Asian community, that doesn’t hold nearly as true. Oh they are certainly violent to themselves more than they are to others, that holds true, but others are much more violent to them in comparative amounts. Asians are the only ethnicity where they are assaulted more by other ethnicities than their own by a significant margin, 3 to 1. Violence against Hispanics is a bare majority interracial, effectively 1.2 to 1 or 6 to 5, but the largest single portion of it is still intraracial, Hispanics against other Hispanics.

Prejudicial attitudes towards Asians spiked in conjunction with COVID, but it wasn’t white supremacy… just tired old human tribalism lashing out at the ‘threat’ without reason in general, something the woke folk pretend they do not participate in.

The response to this particular killing in parts of the Asian community has amounted to, “Oh, now you’re paying attention? Since it was a white guy with a gun?”

That response is disappointingly unsurprising, it conveniently shills for the anti-gun narrative without having to actually listen to the aggrieved minority and what they are saying. Asian Americans were often conveniently rolled into the ‘white’ demographic if it would advance political capital or an agenda enough. Now they are a persecuted minority of the ‘white’ demographic and their gun crazy tyranny, because that advances political capital and an agenda.

Already the headlines are boldly wondering if this will finally advance gun control or if the ‘no-wait’ gun laws allowed this man to buy a gun. The FBI clearly cleared him if he was run through NICS. So waiting period gun laws wouldn’t have cleared him? As if, since he was that aggrieved for this long over the situation of his supposed sexual sins, he wouldn’t have waited out and passed a background check?

Are we really going to posit that he wouldn’t have done this if he had just been made to wait until Friday? That is the theory we are going with? Not that the anguish and personal stress he was under, due allegedly to the constraints he felt that his faith imposed, would push him to this or a similarly twisted “atonement” of some sort, even if he had to wait? Are we so arrogant as to believe that we could have prevented this through an inconvenient hindrance of time, when the young man claims to have believed his immortal soul was on the line?

If so, I have no words… nothing could further astonish me than the honest belief that a waiting period would have caught this… That if we just let the mental anguish time breathe a little longer, waiting for the infallible FBI to clear the sale, we will somehow do far more good than harm.

Screw folks in possible imminent danger and their natural right to defense of themselves, we have to wait upwards of a month to let you cool off just in case you might’ve been thinking about spree killing.

But nobody will be knocking on his pastor’s door, I’ll bet. Asking if the tenants of faith are really so stringent as to drive a young man to mass murder in order to preserve his soul. That would be a serious first amendment violation. Can’t have that, go after the 2nd instead. Faith, of course, has never been used as a motive to kill others. Not ever. Not even one time in September about 20 years ago. Or each and every time prior or since. No, it must be that gosh durned white supremacy and gun violence.

God forbid we look at motive driven criminal analysis instead of demographic constrained woke brackets where we perpetually strive to out victim each other… wouldn’t that be something.