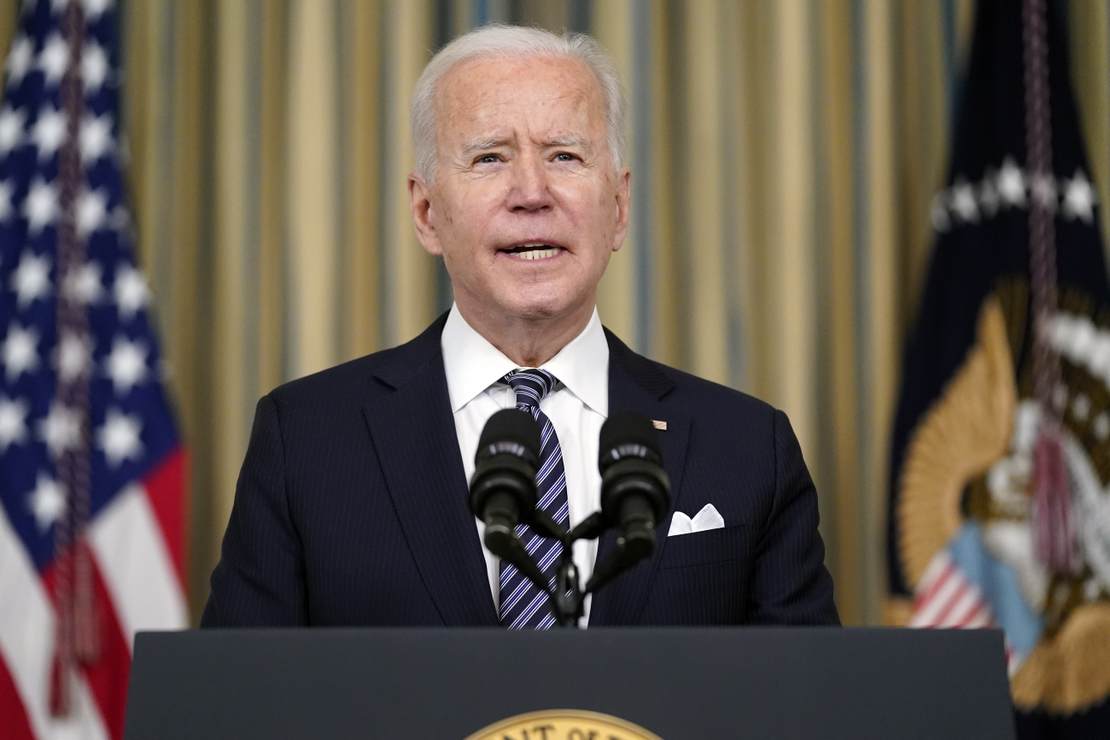 In the first two months of his presidency, Joe Biden has been largely mum on the issue of gun control, but the shootings at a King Sooper grocery store in Boulder, Colorado is spurring Democrats to push hard to enact new legislation, and they’re urging Biden to deliver on his campaign promises of executive actions aimed at firearms in addition to throwing his weight behind his proposal to enact a nationwide ban on so-called assault weapons and high capacity magazines.

This is the moment to make our stand. NOW.

Today, our movement is stronger than the gun lobby. They are weak. We are potent.

Finally, a President and a Congress that supports gun reform.

No more Newtowns. No more Parklands. No more Boulders.

Now – we make our stand.

On Tuesday morning, Cedric Richmond, the direct of the White House Office of Public Engagement and one of the administration officials that has met with gun control activists over the past two months, told MSNBC that “hearts and prayers” aren’t enough, and said that the time has come for action.

Among the executive actions Biden could advance include requiring background checks on “ghost guns” that don’t have serial numbers or strengthening the federal background check system to alert law enforcement agencies when someone fails a check. Biden has also said he will task the attorney general with better enforcement of existing gun laws. And advocates have raised the idea of sending more federal money to communities afflicted by gun violence.

But some advocates walked away from meetings at the White House without a clear picture of the timeline for unveiling any gun control steps or a legislative plan for advancing gun control measures in an evenly split Congress. It wasn’t clear from the meetings whether Biden would support doing away with the filibuster for gun control legislation.

During his private meeting with Asian community leaders in Atlanta last week, the issue of gun control did arise briefly when one of the participants spoke about a background check bill that was being introduced in the Georgia Legislature, according to a person familiar with the meeting. Biden voiced his support for expanding background checks but did not offer a timeline and later, during public remarks at Emory University, made no mention of gun control.

Ultimately, gun control issues — which face an uphill battle for passage in a Senate narrowly controlled by Democrats — are further down on Biden’s list of legislative priorities than issues such as infrastructure and immigration.

As a candidate, Biden said on his first day in office he would send a bill to Congress repealing liability protection for gun manufacturers and close background check loopholes, actions he has yet to take seven weeks into office.

“It remains a commitment, a personal commitment of the President’s, to do more on gun safety, to put more measures in place, to use the power of the presidency, to work with Congress. And certainly there’s an important role for the attorney general and the Justice Department to play in this regard,” White House press secretary Jen Psaki said last Thursday. “Unfortunately, don’t have any updates for you today, but it is an issue he remains committed to.”

As alluded to in the CNN story, the shootings in Boulder are not only going to have an impact on gun control legislation in Washington, D.C., but will also be used as another example of why Democrats need to nuke the filibuster and begin passing legislation out of the Senate on a 51-50 vote.

Ultimately, though, while Biden can lend his support to getting rid of the filibuster, the vote to do so would still depend on the support of West Virginia Sen. Joe Manchin, who has said that while he’s open to “reforms” like requiring a talking filibuster, he still believes that at the end of the day it should take 60 votes for a bill to clear the Senate.

While Manchin’s Democratic colleagues will be ramping up the pressure they’re putting on him to lift his objections to killing the filibuster, the White House will almost certainly move executive actions on guns to the top of the president’s to-do list. One potential executive order that CNN didn’t mention is a ban on the importation of “non-sporting firearms,” which, as defined by the ATF, would include many modern sporting rifles produced overseas. A similar ban was put in place by then-President George H.W. Bush back in 1989, blocking the importation of more than 40 models of semi-automatic rifles.

A ban on the importation of such firearms wouldn’t affect domestic production, and would likely lead to an increase in sales (as typically happens when gun control measures are introduced in Washington, D.C.), but it would still be a signal to gun control activists that the White House is no longer putting gun control on the back burner.

I’m actually surprised that Biden hasn’t already issued executive orders dealing with firearms, but I suspect that gun control groups won’t have to wait much longer for his administration to impose new restrictions without the help of Congress.