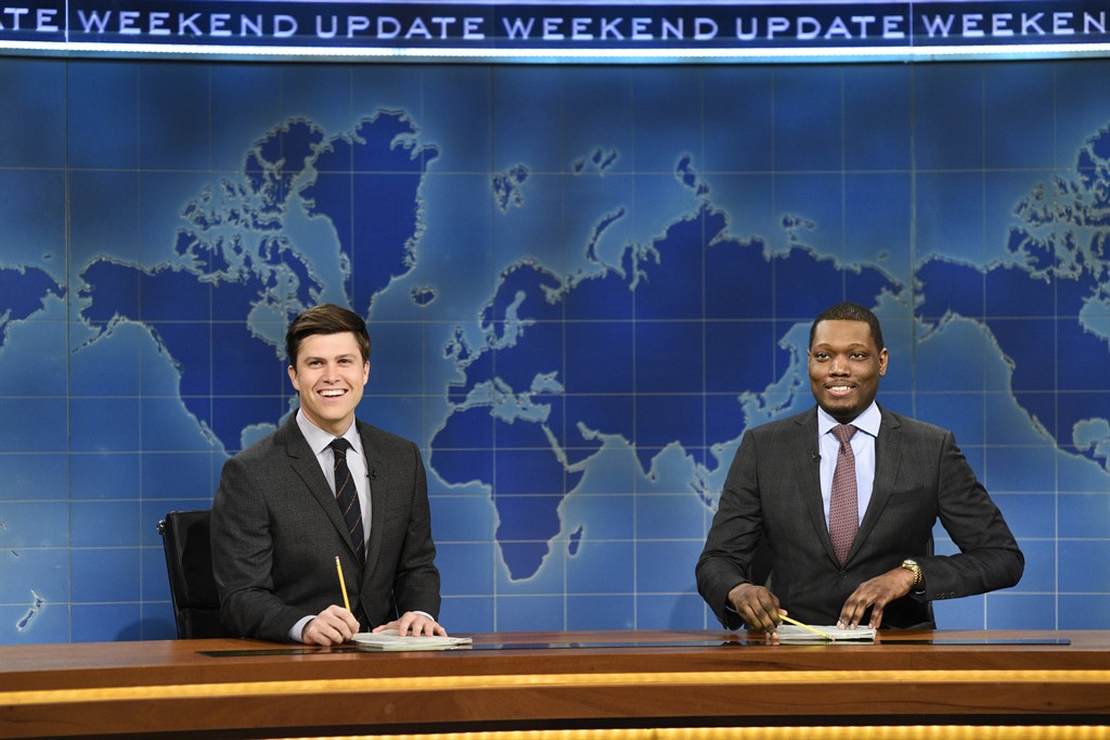 Once upon a time, Saturday Night Live was the show. Numerous other sketch comedy shows have tried to emulate it, but SNL just keeps on churning. Its alumni list includes some amazing names, including people like Chris Rock and Robert Downey, Jr.

However, some people just don’t find it that funny anymore, and that’s because while SNL used to hit both sides equally, they’ve since focused a lot more on hitting the right.

This past weekend, SNL decided to delve into gun control, and it went about as you’d expect.

SNL‘s Weekend Update is where the show tackles the news of the week that was, and unfortunately that hasn’t been very good news lately. While vaccines continue to go into arms, coronavirus cases are rising in many places and news outside of the disease has been just as harrowing. A number of mass shootings and attacks against Asian-Americans have had many calling for change, and SNL added to that call on Saturday night.

The segment started with Colin Jost and Michael Che talking about Joe Biden’s calls for gun control after more mass shootings, blasting Republicans for not caring about human beings after more senseless deaths due to lax firearm regulations and Second Amendment advocates.

“Republicans please stop calling this a Second Amendment issue and just admit that you love guns more than people you don’t know,” Jost said showing off political ads from Republicans holding various weapons. “Look at them. You look like you’re running for president of ISIS.”

First, it is a Second Amendment issue. People like Jost don’t want you calling it that because then it invokes the Constitution, which makes some people uncomfortable supporting some legislation.

Second, it’s always amusing with a leftist tries to get into our minds and tell us what’s really going on. Our support of the Second Amendment couldn’t possibly be predicated on the idea that people are better off if they’re armed? It couldn’t possibly be because we understand that if our gun rights disappear, the other rights will follow along soon enough, now could it?

Oh no, it has to be that we’re heartless bastards.

Well, guess what? I want people like Jost to admit that they simply don’t care about people they don’t know. I want him to take the stage next week and admit that his position on guns driven by his own feelings and that he doesn’t care whether I’m able to defend my family or not. His claim is projection and I want him to acknowledge that.

See, there’s nothing stunning and brave about someone in the entertainment industry bashing pro-gun folks. Their industry supports that kind of crap and rewards it. I suspect he’ll be considered for an Emmy over this, because the film and television industries simply don’t care about people like you or me, but will project that lack of concern to claim we are the ones who don’t care.

If there’s an upside, it’s that Jost is on Saturday Night Live, which no one takes seriously, even as comedy.