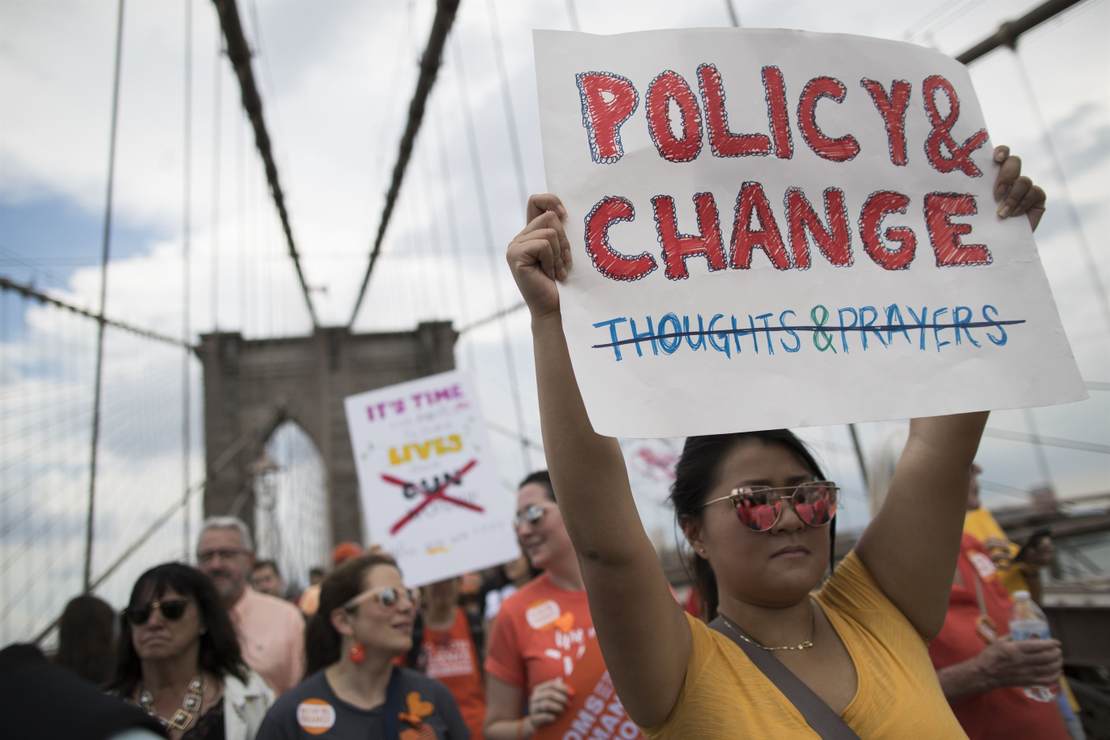 While anti-gun politicians are clamoring for new gun control legislation, a case out of New York City is proving to be the latest example of lack of enforcement when it comes to laws that are already on the books. 19-year old Raquan Wilson was back in court on Monday on yet another gun-related charge after police discovered a loaded handgun in a bag on the floor of an Uber where Wilson was a passenger.

As the New York Post reports, Wilson already has five open gun-related cases against him, including an armed robbery charge, but none of those cases resulted in Wilson heading to jail.

“I did tell Mr. Wilson part of the agreement was no new arrests,” [Judge Craig] Walker said of the deal allowing Wilson to walk free as he awaited trial for an armed robbery in June 2019. “This was with a loaded firearm in the car. Mr. Wilson is going to be remanded.”

One of Wilson’s pals had claimed ownership of the pistol, but prosecutors said the gun would be tested for DNA and they would be back in court on April 27 when the results come back.

He was cut free when he appeared for that case since it was still unclear to whom the firearm belonged.

Walker added, “I want to see what happens with those Queens matters.”

Wilson ended up in cuffs today, but just last week another Brooklyn judge released Wilson after his initial arrest, indicating that the bail reform efforts in New York State tied his hands.

Office of Court Administration spokesman Lucian Chalfen defended the judge’s decision. “Based on the facts of the case in front of him, indicating that this defendant was not the individual who possessed the gun, the judge, with the consent of the District Attorney, determined that a release on his own recognizance was the least restrictive form of bail as required by law,” Chalfen said.

Keep in mind here; Wilson hasn’t just been charged with simple possession of a firearm without a license. Back in 2016 Wilson faced murder charges as a juvenile, though the Post notes that the outcome of that case has been sealed. Since then Wilson has allegedly been involved in a number of other violent crimes.

On the afternoon of June 4 last year, in front of a shuttered storefront in Jamaica, Queens, Wilson allegedly approached another man with a silver .38-caliber pistol loaded with two rounds and barked, “Don’t move!” But the alleged robbery was thwarted when cops arrived.

In addition to the firearm, he allegedly had 33 small blue baggies of cocaine stuffed inside a tennis ball in his sweatshirt pocket, according to the complaint.

He was charged with gun possession, attempted armed robbery, drug possession and other raps — but was out six days later after posting $25,000 bail.

A month later, Wilson’s alleged crime spree resumed on July 15, 2020, when a pair of women lured two men to the Cresthaven Inn at JFK for what they thought would be a good time.

Instead, Wilson and two pals allegedly burst into the room with guns trained on the men. One of Wilson’s unapprehended cohorts whacked one of the victims in the head with a firearm, then swiped his iPhone, Rolex, the keys to his white Mercedes and $600 in cash.

Wilson then allegedly pistol-whipped the same man. “You [a] tough guy?” he snarled, according to the complaint. “I’m going to shoot you in the head.”

Wilson, his pals and the two women fled. Cops later tracked down Wilson and he was charged with robbery and assault and released on $10,000 bail. Both Queens cases are still pending.

We have no shortage of New York politicians demanding that you be disarmed in order to make this country safer, even as they put laws on the books that allow someone like Wilson to be returned to the streets within hours (or at most, several days) of their arrest on armed robbery charges.

To these anti-gun politicians, it’s only common sense that a guy like Raquan Wilson would be given a get-out-of-jail free card time and again, while they want you in federal prison for loaning a gun to your neighbor or selling a gun to your cousin without putting them through a background check. They’ve made their agenda clear, and whether they want to admit or not, their anti-gun ideology would do far more damage to legal gun owners than guys like Wilson, who, incidentally, seems to have no trouble getting his hands on guns illegally despite New York’s restrictive gun control laws.