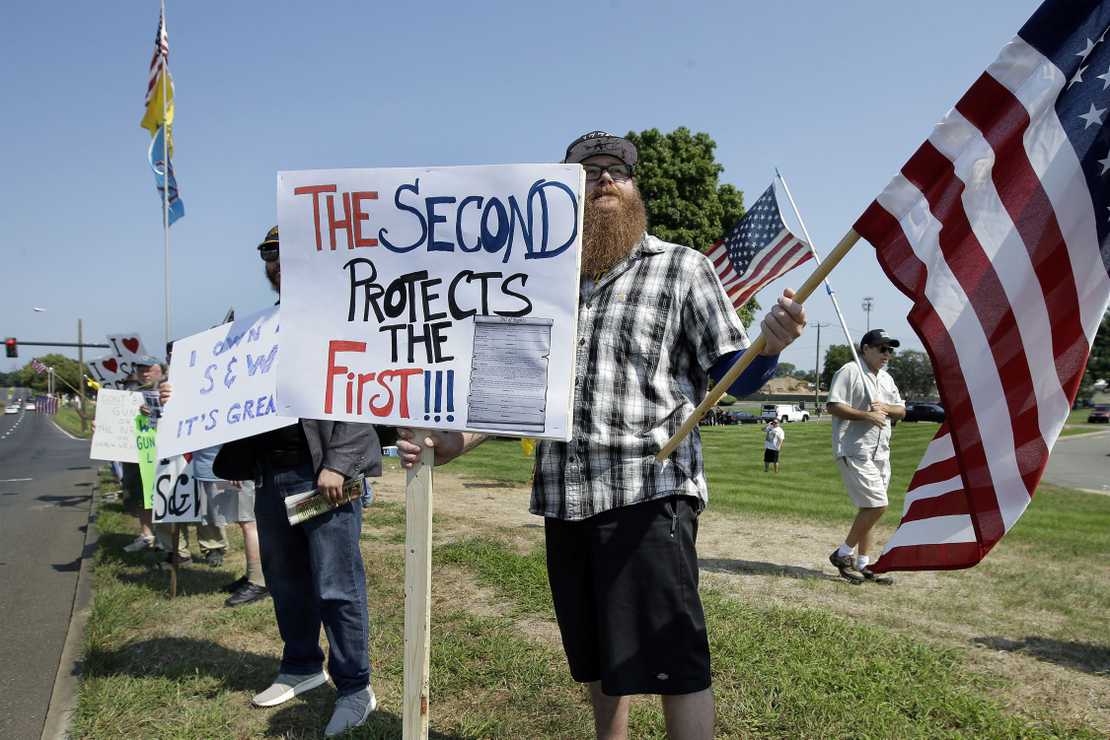 “A well regulated militia, being necessary to the security of a free state, the right of the people to keep and bear arms shall not be infringed.”

It’s sad that after nearly 250 years, we still have folks arguing that the Second Amendment to the U.S. Constitution doesn’t mean what it says, but since a fundamental tenet of the gun control movement is that we don’t actually have the right to own and carry firearms for self-defense, the argument isn’t going to fade away any time soon.

Thankfully, the argument isn’t going to get any better either. In one of the latest iterations of the “it’s not a real right” viewpoint, attorney Carli Pierson opines that those awful Founding Fathers had no intention to protect an individual right to gun ownership.

You see, when the Founding Fathers wrote the Bill of Rights (including the Second and Third Amendments), they feared the mutinies they’d seen in the UK, the disarming of Catholics by King James I, persecutions of protestants in France under King Louis XV, and the repercussions of the Quartering Act of 1765, which allowed for British soldiers to stay on in the colonies as a standing army in times of peace.

For the Founding Fathers, a permanent, professional army wasn’t a stabilizing force. Instead, paid full-time soldiers were the henchmen of tyrants (foreign or domestic) and the only way to prevent a dictator from sending his soldiers to occupy your house (and all that was implied by that act) was to arm yourself if the need arose for a limited time and for that limited purpose.

Pierson is right about the Founding Fathers skepticism of a standing army, but she’s completely off-base in asserting that, instead, they only wanted people to be able arm themselves for a limited time and for the limited purpose of national self-defense.

The Conventions of a number of the States, having at the time of their adopting the Constitution, expressed a desire, in order to prevent misconstruction or abuse of its powers, that further declaratory and restrictive clauses should be added: And as extending the ground of public confidence in the Government, will best ensure the beneficent ends of its institution.

These clauses weren’t restricting the people. They were restricting the federal government. The Founding Fathers simply had no authority to try to ban individuals from keeping and bearing arms in the first place, and the Second Amendment was meant to make that fact crystal clear to future governments.

Pierson’s not done with her attempt to rewrite history, however.

Now, I am no fan of the Founding Fathers for a host of reasons, especially their appalling legacy in human enslavement. But if today they were able to look upon the country they helped shape, they would see that words intended to prevent military tyranny at the hands of an autocrat had been turned into a license for any civilian to kill any other civilian. And I am quite sure that they would be horrified at that outcome.

The Founding Fathers wrote about militias in the late 18th century because they were against professional, full-time armies. If we want to stick to the original intentions of the men who wrote the document we work so hard to interpret, then we are faced with the sticky conclusion that we must choose between armed militias organized in times of war, or a professional standing army. If we want to be “Originalists” then we can’t have both at the same time and we certainly can’t have armed civilians and law enforcement officers killing people whenever, however and for any reason they want.

Pierson is intentionally conflating lawful use of a firearm with criminal misuse of a gun. Even in 1787 armed civilians didn’t possess a right to kill people “whenever, however, and for any reason they want,” but that’s why we have criminal statutes forbidding murder. In fact, the homicide rates in the early Republic are estimated to be about 4x higher than they are today, but no Founding Father ever argued for banning the possession of firearms in the name of public safety. If they had, Pierson would surely cite those quotes, but she can’t because they don’t exist.

Pierson is erroneously arguing that, because the Second Amendment’s prefatory clause references the militia, that the militia must be the only purpose of the Second Amendment, which is simply false. As the late Justice Antonin Scalia wrote in the Heller decision that struck down Washington, D.C. ban on handguns as a violation of the right to keep and bear arms:

The Second Amendment is naturally divided into two parts: its prefatory clause and its operative clause. The former does not limit the latter grammatically, but rather announces a purpose. The Amendment could be rephrased, “Because a well regulated Militia is necessary to the security of a free State, the right of the people to keep and bear Arms shall not be infringed.

… Putting all of these textual elements together, we find that they guarantee the individual right to possess and carry weapons in case of confrontation. This meaning is strongly confirmed by the historical background of the Second Amendment . We look to this because it has always been widely understood that the Second Amendment , like the First and Fourth Amendment s, codified a pre-existing right. The very text of the Second Amendment implicitly recognizes the pre-existence of the right and declares only that it “shall not be infringed.” As we said in United States v. Cruikshank, 92 U. S. 542, 553 (1876) , “[t]his is not a right granted by the Constitution. Neither is it in any manner dependent upon that instrument for its existence. The Second amendment declares that it shall not be infringed …

Pierson goes on to say that, in her opinion, the “Second Amendment has no place in today’s society, considering our government budgeted $740 billion dollars for national defense, including a professional army.” That argument might make some sense if in fact the Second Amendment only protected the right to keep and bear arms in a militia, but that’s simply not the case.

The Founding Fathers viewed the right of the people to keep and bear arms as a check on government tyranny, which James Madison makes abundantly clear in Federalist 46. Strip the people of that right, and that check disappears. We know that even democratically-elected governments can descend into tyranny; either through the actions of politicians or even through military coups. The American people possess the right to keep and bear arms for individual acts of self-defense, but also as a “break glass in case of emergency” option for national self-defense if a tyrannical regime were to be established on U.S. soil.

The people of Myanmar/Burma have a professional army, and they don’t have the right to keep and bear arms. How well are they being protected now that their government is turning on them? More than 500 civilians have been slaughtered by their new overlords since the military seized power on February 1st, and now the civilian government that was overthrown is urging citizens to act in self-defense to defend both their lives and their democratic government. Even if we were to accept Pierson’s erroneous argument, the fact remains that there is still a need for the body of the people capable of bearing arms (the original definition of who made up the militia) to do so; not only to ensure their own personal safety but to ensure the continued security of our free State.