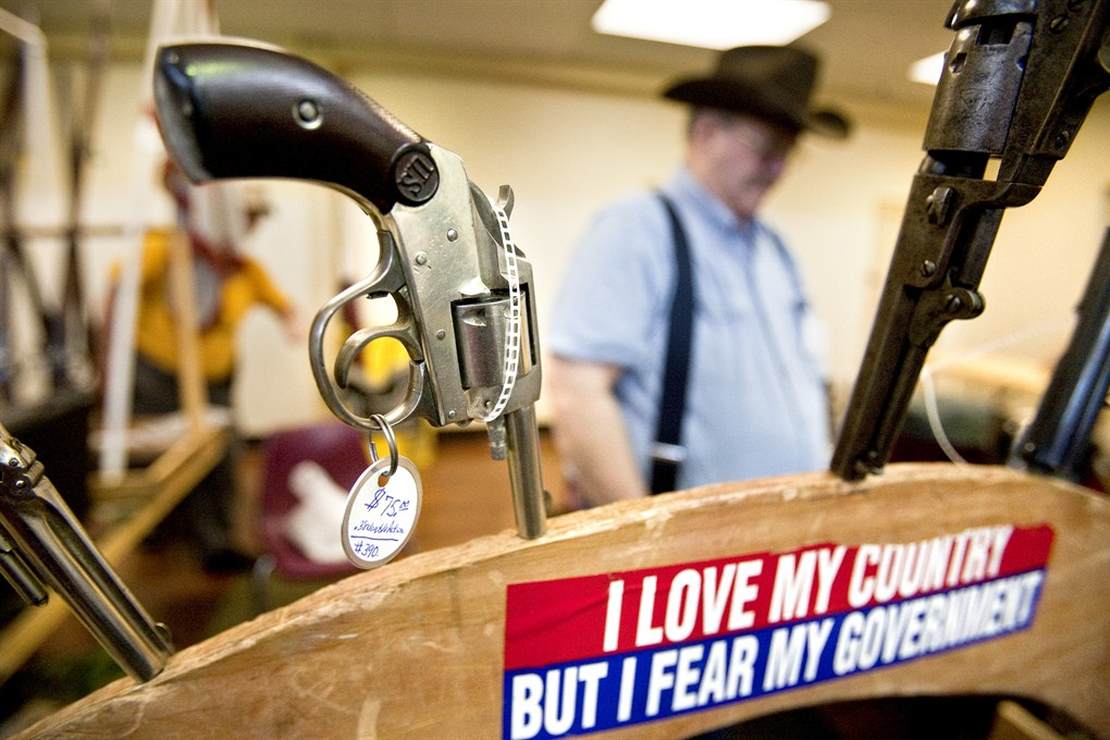 Every state in the country needs a permitless carry bill, also called constitutional carry. The reason they need it became clear during the pandemic. Even as neighborhoods went up in flames, people were still delayed in getting their permits because of lockdown protocols that kept anyone from working on carry permits.

People who felt threatened for whatever reason were powerless to do anything about it except carry a firearm without a permit, a felony in some jurisdictions.

Constitutional carry would solve those problems.

Unfortunately for Indiana residents, it seems their bill to allow just that doesn’t seem to be going anywhere.

The right-to-carry bill that was moving swiftly through the Indiana General Assembly has now stalled in the Senate, and state senators aren’t saying why.

The bill, H.B. 1369, would allow anyone who is legally able to own a handgun to carry one outside the home without having to get a license from the state.

If the bill passed and were signed into law, a person wanting a gun for personal protection would not need to go through the process of applying for a license online through the Indiana State Police, making a fingerprint appointment, taking the fingerprints to their local police department and waiting for several weeks to get the license in the mail. As long they are not prohibited by law from owning a gun, they could carry a loaded handgun in a holster, purse, pocket, bag or vehicle.

The bill, authored by Rep. Ben Smaltz, R-Auburn, passed the Indiana House of Representatives on Feb. 22 by a vote of 65-31. But now, to the dismay of people like Brenden Boudreau, who has fought to get a carry bill passed in Indiana for several years, it looks like it might not make it out of committee.

“We’re hearing that the Senate Republican caucus doesn’t know what they want to do with it. It sounds like there’s some infighting on whether or not they even want to move the bill forward at all,” says Boudreau, who heads the group Hoosier Gun Rights.

The bill was assigned to the Senate Judiciary Committee, but Sen. Liz Brown, a Republican from Fort Wayne who chairs the committee, hasn’t yet scheduled the bill for a hearing, and if it doesn’t get a hearing by next week, chances are that it won’t advance to the full Senate before the end of this year’s legislative session.

And the kick in the ass is that pro-gun people will continue to vote for Brown despite this kind of thing.

See, there are no real repercussions for Republicans who block pro-gun legislation. They can get away with it all they want because they’re a better alternative to Democrats.

Believe me, I know. Georgia hasn’t really made a lot of pro-gun moves in recent years because GOP lawmakers are comfortable ignoring gun rights advocates in the state. They do seem to be making one decent move, but it’s not enough. Not by a longshot.

Voters in Indiana and other states, including Georgia, need to start recruiting candidates to primary these Republicans who refuse to stand for gun rights. Vote them out and replace them with someone who recognizes the importance of our right to keep and bear arms.

If that threat loomed large, I’m pretty sure Sen. Liz Brown would have scheduled a hearing pretty damn quickly.