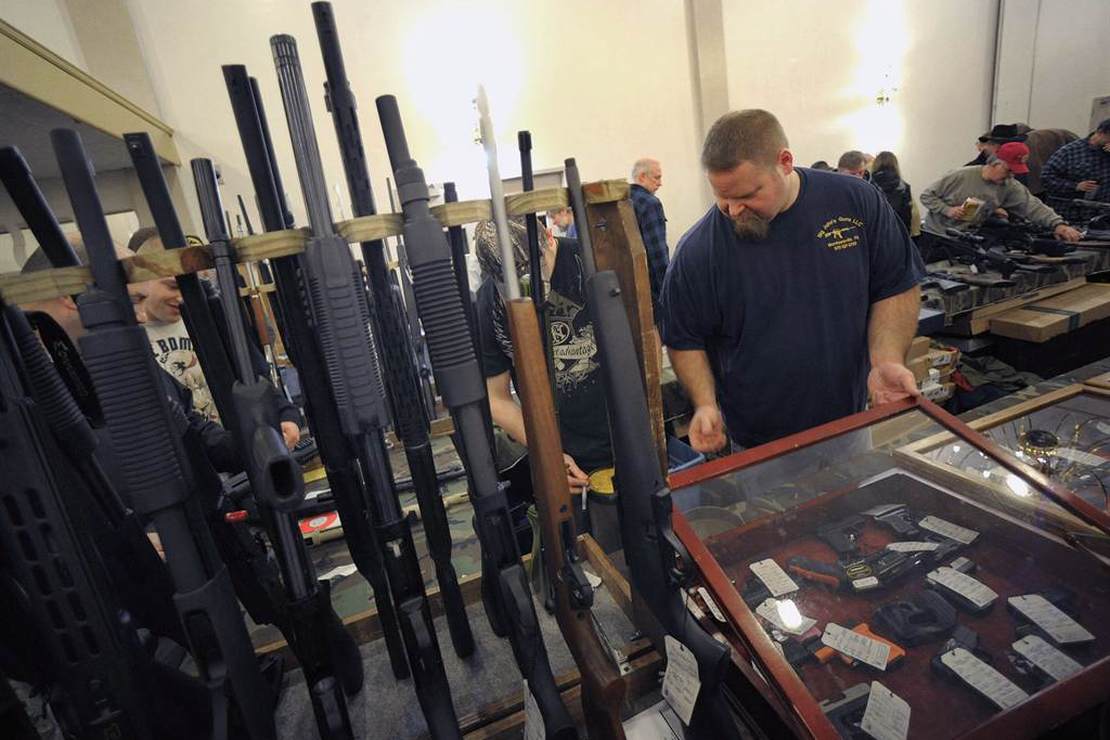 Our constitutionally-protected rights are supposed to be held sacred. Every elected official in the nation swears an oath to “support and defend the Constitution,” after all. And yet, all too often, that gets forgotten about just as soon as convenient.

See, the Second Amendment is part of our constitution. It’s right there between freedom of the press, religion, speech, and assembly and the right to not be forced to quarter troops.

It really is a thing.

Yet USA Today has managed to completely miss that in a reported news story that reads a lot like opinion.

Back-to-back mass shootings in Georgia and Colorado underscore how loopholes and weak restrictions in gun laws enabled both suspects to get quick access to their weapons of choice in attacks that left 18 people dead.

The shootings in March have thrust the issue of gun violence back into the national spotlight – and with it, calls for changes in gun requirements.

While the shootings are unrelated and on different ends of the country, they both exposed issues within current gun laws. Namely, they show that nuances in laws – or no laws at all – allow certain guns to skirt state and federal statutes.

See, this is how you know it’s going to be fun.

It’s already being framed as if this is the only real factor at work and that nothing else could possibly have contributed to this, a point I’ve already debunked to some extent.

The suspect who police say opened fire and killed eight at three spas in Georgia – an attack that shook the Asian-American community – bought a handgun just hours before the massacre. Georgia has no state law requiring a firearm waiting period, a requirement in 10 states and the District of Columbia that aims to save lives by delaying a potential killer from acting on impulse.

Now, for once, it looks like anti-gunners are trying to at least consider measures that at least look like they might have made a difference. Good for them, for a change.

However, waiting periods are the law in those 10 states including California and Maryland.

You know, the same California that just had a mass shooting on Wednesday night. And that’s the same Maryland that saw a newspaper office get shot up and a number of people killed in Annapolis.

In other words, waiting periods aren’t necessarily going to accomplish much. In fact, Atlanta is an anomaly in that regard. Most mass shooters don’t pick up a firearm that day to carry out their horrific crimes.

Additionally, there’s really no reason to think a waiting period would have stopped this from happening. If he purchased it with the intent to kill eight innocent people, do you really think putting it off for a week would have changed things?

Well, it might. Then again, it might not. These things are rarely spur of the moment decisions. Further, if someone thinks about it at one point with enough intent that they actually carry it out, I’m pretty sure they’ll think about it later as well.

Six days after the Georgia assault, police say a man described by family members as mentally ill attacked a Colorado grocery store and killed 10, including an officer. Police say in the days before the attack, the Colorado suspect purchased a Ruger AR-556 pistol that experts say largely mirrors a short-barrel rifle.

Federal law allows the Ruger to be categorized as a pistol, granting the suspect easy access to the weapon without the extensive restrictions placed on short-barrel rifles.

It’s classified as a pistol because it’s a pistol. Definitions have to exist for anything to mean anything. By the definition of a rifle, the AR pistol in question didn’t count as a pistol.

If you change the definition, then all you’ve done is move the line arbitrarily.

Plus, let’s keep in mind that Virginia Tech and Columbine were both carried out with pistols, neither of which were AR-pattern pistols.

Yet, let’s remember that this is presented as a news story, right? There’s absolutely no presentation of the other side of the debate. There’s no attempt to pretend that there really even is another side to the debate, except for a passing mention and a generic quote from the Second Amendment Foundation’s Alan Gottlieb.

Meanwhile, Crystal Hayes who wrote this likely believes she’s an unbiased source of information to the public. No one at USA Today bothered to tell her that what she wrote wasn’t news, it was a press release for Everytown for Gun Safety in America.