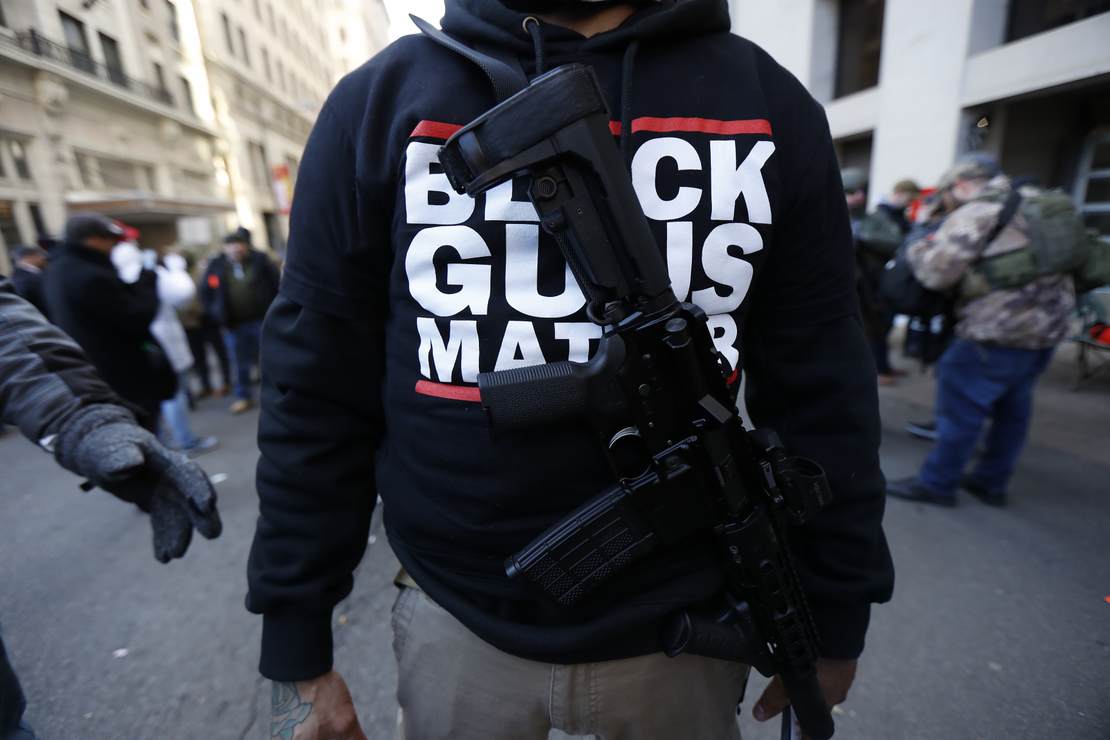 We all know that gun control doesn’t work. Time and time again, we’ve seen its failures. Not only does it fail to disarm the criminals, but the only people it disarms are the very people who represent no threat to anyone.

Yet over and over, people push gun control as the only possible solution to whatever ills exist within our society.

At an independent student newspaper at Emory University, an op-ed proposes an interesting alternative solution.

Racially discriminatory gun reform is much older than our nation’s constitution. Since 1640, race-based laws have prevented both Black and Indigenous populations from access to firearms for fears of revolt against European colonial settlers. Even after the Civil War, the Black Codes were designed to prevent Black armament as a response to newly anointed African American citizenship. These legislative limitations further denied freed people’s ability to exercise their constitutional rights. Fast forward to the Civil Rights era, the creation of the original Black Panther Party for Self-Defense (later shortened to BPP) sparked more discussion about the use of firearms, specifically for political advancement. In 1967, 30 members of the BPP protested on the steps of the California State Capitol building. Lawmakers soon passed the Mulford Act that prohibited the open carry of loaded firearms because the Panthers were not publicly coded as armed patriots but instead as vigilantes. This piece of legislation was endorsed by the NRA and later signed into law by then Gov. Ronald Reagan.

More recently, federal gun legislation enacted by liberal politicians has arguably been ineffective or equally damaging. President Joe Biden’s record on gun control harks back to his involvement in the infamous Violent Crime Control and Law Enforcement Act of 1994. Due to constitutional limitations, the 1994 Assault Weapons Ban did very little to curb gun violence over long periods of time. Gun buyers, sellers and distributors found various loopholes in the legislation, such as sporterizing a banned weapon into a legal substitute. Legislation simply cannot keep up with the technological innovation of the manufacturing and ingenuity of illegal gun sale and distribution.

The only way to combat the NRA’s massive political influence and racialized American gun ideologies is to introduce more oppositional pro-gun organizations that understand the historical implications of gun rights and reform from an ameliorated perspective. This political strategy does not necessitate the increased ownership of guns, just minority advocacy for the fundamental principle. Any educated choice on whether to own a gun should be self-determined. By understanding this nuanced background, those that have been most affected by gun laws and gun violence can promote the well-being of their communities through representative education programs and political organizing. Doing so will not compromise the idea of gun ownership in America; in fact, it could very well revitalize the public safety discourse regarding guns in the U.S.

Now, I don’t agree with the totality of what the writer claims. For example, she clearly buys into the myth that Trayvon Martin was just an innocent boy who didn’t deserve to get shot despite him slamming a man’s head into a concrete sidewalk, an act that can kill someone.

After all, when Democrats have to fear for their seats in blue districts over the issue of guns, you’ll start to see a shift in the party’s priorities. Once they’re not calling for gun control, the issue will die down to, at least, a dull roar.

And really, since gun control doesn’t work, that’s a win for everyone.