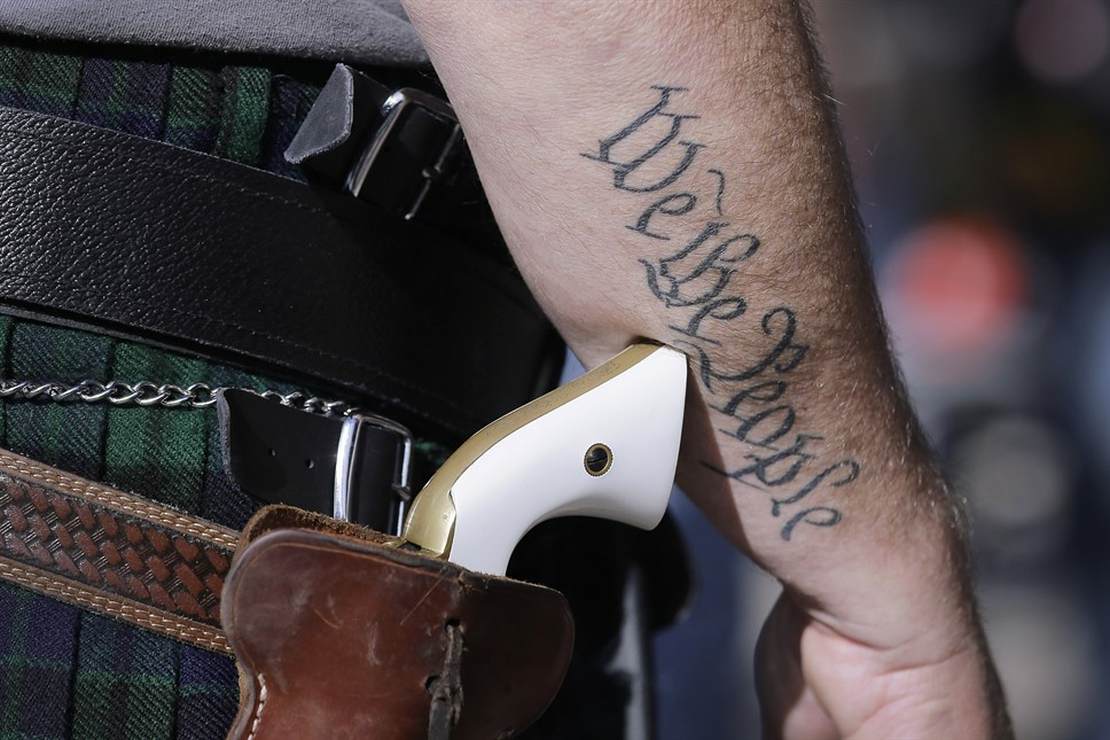 We’ve already seen three states adopt Constitutional Carry this year (Montana, Utah, and last week, Iowa), and Tennessee Gov. Bill Lee should sign a permitless carry measure into law this week as well. Gun owners in Texas want to keep the ball rolling, and are hoping to add the Lone Star State to the growing list of states that recognize the right to both keep and bear arms without the need for a government permission slip.

A Constitutional Carry bill has passed a House committee in Austin, and Republicans say a shakeup in House leadership has given them the best chance in years to make real progress on the issue.

Leaders in both chambers have previously held permitless carry at arm’s length, but this year gun rights advocates have found powerful allies in the Texas House — crucially, Speaker Dade Phelan, who “has a record of defending the Second Amendment,” his spokesperson said in a statement.

Phelan, a Beaumont Republican, and the chair of the House committee that approved permitless carry last week teamed up in 2017 on a similar bill that passed committee, but it failed to make it to the House floor. Two years later, Phelan authored a law allowing unlicensed Texans to carry handguns in public for up to a week after a disaster is declared.

Phelan’s support is a notable shift from former Republican House Speaker Dennis Bonnen, who previously said the measure was “bad policy” and its supporters were “fringe gun activists.”

In 2019, permitless carry was declared dead after a gun rights activist pushing the legislation visited the homes of several Texas House leaders, including Bonnen, who said the visits were acts of intimidation.

“I have always fought to strengthen the 2nd Amendment rights of Texans. I – like the majority of Texans – draw the line at legislation that threatens the safety of our communities and makes it near impossible for law enforcement to distinguish between law abiding gun owners and criminals,” Bonnen said in a Facebook post after the incident.

Texas Gov. Greg Abbott has been pushing for lawmakers to approve a bill that would make the state a Second Amendment Sanctuary, but so far both he and Lt. Gov. Dan Patrick have been quiet on removing the requirement that legal gun owners possess a concealed carry license in order to carry a concealed firearm in public.

While Republican leadership may have posed the the biggest challenge in years past, this year it’s the clock that might end up as the biggest roadblock. The Texas legislature only meets every other year for 140 days, and this year’s legislative session will adjourn on May 31st. In order for Constitutional Carry to pass, the bills need to start moving soon, and one supporter in the state Senate isn’t sure that’s going to happen.

“[Constitutional carry] has less of a chance of passing than bills that are on the governor’s list,” said state Sen. Bob Hall, R-Edgewood, who is pushing the measure in the upper chamber. “I just don’t think this is the year for it. … To even get a hearing would be a step forward.”

Yes, it would be a step forward, but not as big a step as gun owners would like. 2021 is becoming the year of Constitutional Carry in states across the country, but it sounds like if the measure is going to be approved in Texas, Second Amendment activists need to be in constant contact with their representatives and senators and urge them to make the issue a priority in the remaining weeks of the session. Otherwise, it’s going to be at least two more years before Texas will have the opportunity to join the growing ranks of states that recognize the right to bear arms without the need for a government-issued permission slip.