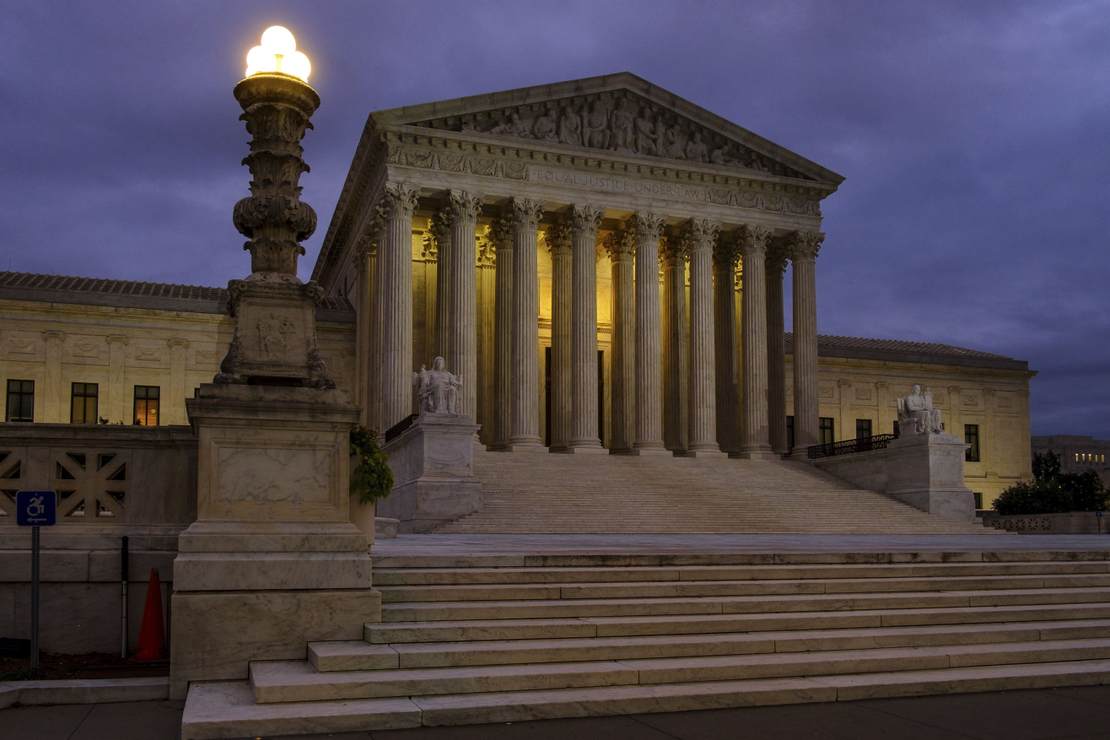 People didn’t like President Donald Trump filling vacancies at a much faster rate than his predecessors. See, with him filling those vacancies, he created a lasting impact on this country even if he only ever serves just one term. It’s why we’ve gotten some remarkably sane Second Amendment rulings out of the Ninth Circuit, after all.

Yet for some, it was horrendous. How dare he do his job!

Now, in response, many want to pack the court so they can get gun control. Even those President Joe Biden said he has no intention of doing any such thing, they’re still pushing for it.

As the COVID-19 pandemic nears its end and our country looks to reopen, we are once again faced with the horrifying reality of recurrent mass shootings.

The sad fact is that this violence is easily avoidable. No other high-income country comes close to the United States in deaths due to gun violence. In fact, when other countries experience these types of attacks—like the mosque attacks in New Zealand—they move swiftly to prevent any similar events from ever happening again.

Instead, the United States allows a partisan interest group to lie about our Constitution to create culture wars that distract large segments of the voting population from the issue at hand. The truth is, unless you are a member of the National Guard, you have no Second Amendment rights. That is, only members of the National Guard would have Second Amendment rights if not for rulings by conservative Supreme Court judges in recent decades.

Ah, this discredited line of thinking. Yes, the amendment starts “A well regulated militia,” but the National Guard doesn’t eliminate the unorganized militia. Further, the introductory clause doesn’t invalidate “shall not be infringed.” Funny how that gets missed.

And no, the Second Amendment would never be just for National Guard members. Honestly, that’s the most idiotic take I’ve literally ever heard with regard to gun rights from anyone. Even most anti-gunners have enough sense to not try and go down that road because it’s a certain level of braindead that most people can’t maintain while still using human language.

If the Second Amendment were to be determined to not be an individual right, members of the National Guard would also be deprived of their right to keep and bear arms while not on duty. No guns for them either…unless it was an issued service weapon for while they were under orders.

How is this even a thing?

But, considering this bit, you can see that the University of Massachusetts, where this individual is a student, really needs to up their standards.

We can do nothing about the Supreme Court’s current justices; they get to serve until they die or retire. What we can do is increase the number of justices. Expanding the Supreme Court and installing justices who respect the Constitution would enable the United States to pass gun control and prevent the next tragedy. While such a move is extreme, it is equally extreme to allow five or six philosopher-kings to hold our country hostage, or rather, allow those philosopher-kings to open the door for mass shooting after mass shooting. If the Supreme Court as currently constituted wants to shirk its duty to uphold the Constitution, the President and Congress must use their constitutional power to act as a check upon the Supreme Court and fix the issue.

In other words, pack the court.

Now, sure, if they pack the court sufficiently, they’ll probably create a court that would overturn Second Amendment protections.

At least, that’s what would happen until Republicans turn around and pack the court in response, only they wouldn’t stop at the Second Amendment. They’d likely reverse all kinds of rulings that Democrats like. Is that a risk anyone wants to take?

See, this is an easy fix when you’re a college student writing an op-ed in between bong hits and philosophical discussions of the vital importance of navel lint–and yes, anyone who thinks the Second Amendment should only apply to members of the National Guard isn’t just hitting the bong, they’re drinking the water when they’re finished–but it doesn’t hold up to reality. Democrats always act like they’ll be in power indefinitely, and that’s never been the case. Anything they do to try and maintain that hold can be undone once they lose power. It’s just that simple.

Packing the court is a terrible idea, but so is gun control.