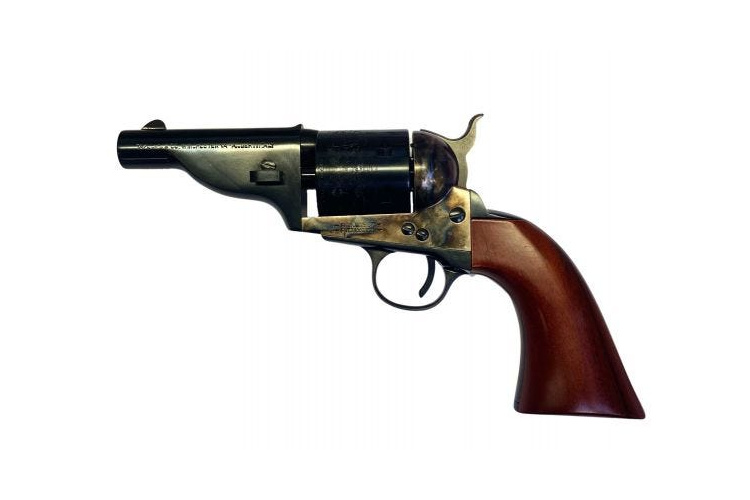 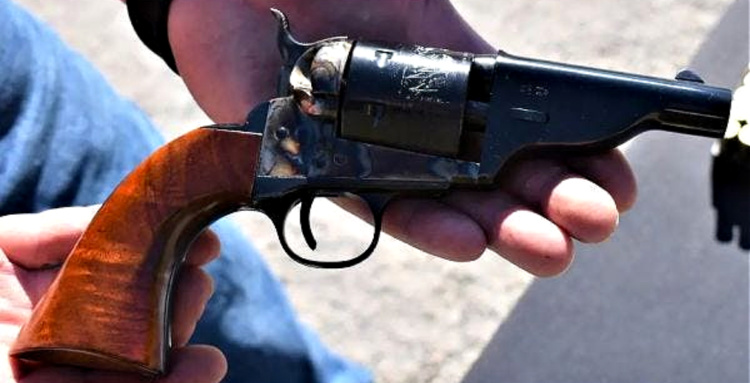 The Hickok model is a modern twist on the classic Open Top that features a snub nose barrel. This model features a case-hardened forged steel frame, round barrel with front blade sight, no ejector rod, blued steel grip parts, an Army-sized walnut grip, and a rear sight notch on the rear of the barrel.

Taylor’s & Company brings to the gun enthusiast classic firearms that made cowboys, lawmen and outlaws famous, but with a modern twist. All Taylor’s premium firearms are made using precision machinery and high-quality materials with one goal in mind; to create reliable and accurate reproductions of Civil War, Old West, hunting and tactical guns from the 19th century. The HICKOK is a perfect example.

Included in the Lifestyle Pistol Series, the HICKOK is an 1860 Army snub nose revolver made with the modern-day shooter in mind. It comes standard with a large Army-size grip for increased comfort and stability. Blued parts with a case-hardened forged steel frame and smooth walnut grip make this revolver a must-have. Other features include: walnut grips, front blade sight and rear sight on the back of the barrel. Available in .45 LC and .38 SP calibers, the HICKOK is a must-have for the modern-day firearm collector who appreciates the history of firearms.

“As we enter another decade, our vision of the “New West” continues to thrive, thanks to unmatched manufacturing,” said Rob Girard, VP of Sales & Marketing. The HICKOK is just another example of how we try to satisfy any and all customers whether they are competitive shooters, collectors, or new gun owners. From tried-and-true workhorses to newer favorites, you can’t go wrong with this revolver.”

Since the new Hickok is based on a historical firearm, let’s take a look at that one too.

The original Colt 1871-72 is most often referred to as the “Open Top” because the cylinder isn’t surrounded by the frame, as became common with later Colt models. 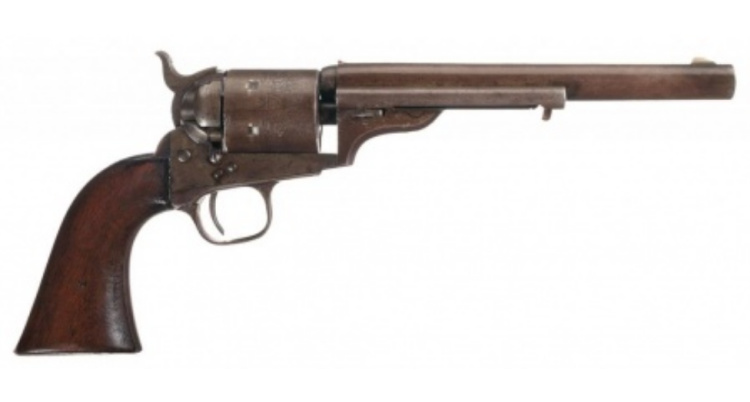 The Colt 1871-72 was chambered in .44 Henry rimfire, a widely available round at the time.

Although the original Colt 1871-72 Open Top appears to be a cartridge conversion, it is in fact Colt’s first revolver specifically manufactured to fire a centerfire cartridge by incorporating the loading gate in the frame. Since Colt did not use percussion revolver parts, the revolver was manufactured as an entirely new model, first with Navy-sized grips, later with Army-sized grips.

Hickok45 goes pretty deep into the weeds on the Open Tops history in this video review. And, well, he’s just fun to watch.

•Sights: Blade front, rear sight on back of the barrel

Subscribe to GunMag TV and, as always, buy your magazines at GunMag Warehouse!

Stephanie Kimmell is the firstborn daughter of Missouri’s Pecan King, worthy scion of a Vietnam veteran sailor turned mad engineer-orchardist-inventor-genius. With a BA in technical writing, she freelances as a writer and editor. A Zymurgist greatly interested in the decoction of fermented barley and hops, she is in many ways a modern amalgam of Esther Hobart Morris, Rebecca Boone, and Nellie Bly. She hunts, fishes, butchers, and cooks most anything. When not editing or writing, she makes soaps and salves, spins wool, and occasionally makes cheese from cows she milked herself. Kimmell is a driven epistemophilic who loves live music and all sorts of beer.