Vudoo Gun Works just announced the release of its new “Three 60” three-lug repeater rifle—what looks to be one helluva 22 LR. It has the same internal geometry of Vudoo’s V-22 which was designed as a true-to-scale rimfire receiver that fits the Rem 700 footprint (more about that in a bit).

The action on this rifle is the new part to see. It combines the three-lug bolt with a 60° throw and 12 o’clock ignition, which ensures light bolt lift and smooth, consistent bolt alignment with the bore. Some folks are saying it also allows for quicker cycling of the action and gives more space for scopes with larger ocular lenses.

Here’s a picture of it. 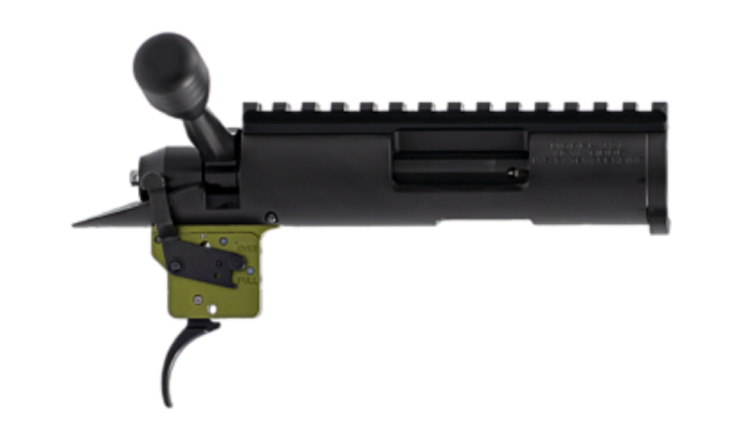 The Vudoo Three 60 has the same internal 3-lug geometry as the V22s with a 60-degree throw and a 12 o’clock ignition.

Like all current Vudoo V22 actions, the “Three 60” fire control group offers a toolless disassembly by way of a unique bayonet-style locking system between the shroud, bolt body, and bolt nose.

But wait, there’s more. Vudoo expounds on how the V-22 controls the .22LR cartridges:

The V-22 has been designed from the ground up as a true-to-scale Rimfire receiver that fits the Rem 700 footprint as far as stocks and chassis’ go. It also runs a full size short action bottom metal (DBM) and our V-2210 magazine has an AICS form factor so it pops right in Chassis’ or other DBM’s made for such.  The V-22 has a very unique control-round-feed protocol.  The bolt has full capture control of the cartridge from the time it leaves the magazine until it ejects the spent round out the ejection port.  The significance of that is two-fold.  Great feed and extraction reliability and…equally as important, the cartridge is controlled in a way that it never touches anything on its entrance into the bore.  There is no feed ramp, nor does the projectile go in at an angle that would damage it in any way.  We all know how susceptible the soft lead of the .22LR is to accuracy degrading damage and minor nicks during the chambering process.  It is eliminated in the V-22 geometry.

Some may say its overkill to build a .22LR or 17HM2 to this level.  Heck, most production center fire rifles don’t have a solid one piece bolt handle integral with the bolt body or an integral recoil lug like the V-22 does.  We say if you want extreme reliability and accuracy in a repeater, there is no such thing as overkill.

Vudoo’s CEO Paul Parrott said, “The Three 60 configuration has been highly requested by our Vudoo family and in keeping with our promise to listen to our customers, it’s the logical next step in our product line. Is it more accurate than the 2 lug version? No, it’s just the next evolution in our ongoing commitment to redefine rimfire. The guys who will love it most are our 3 lug centerfire shooters and those needing more bolt/optic clearance. 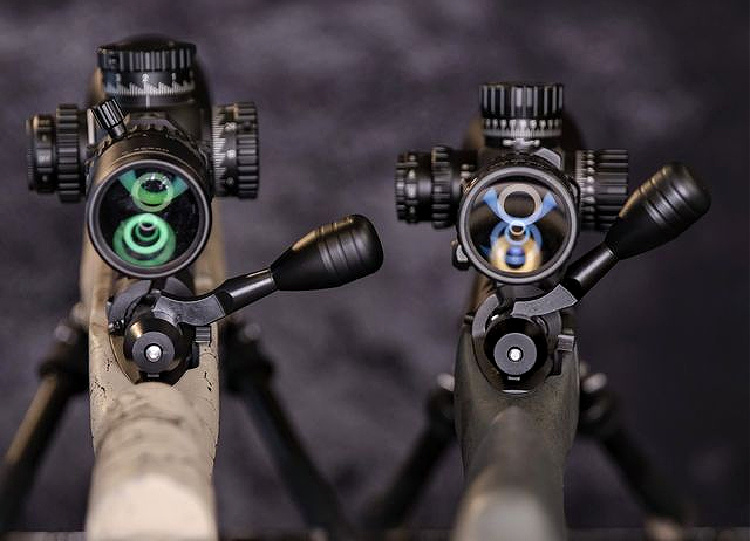 Each Barreled Action comes with the following:

-Available in either 22LR, 17HM2, .22WMR, 17HMR
-Rail in 0, 20, 30, 40, or 60 MOA
-1 magazine
-Threaded bolt with bolt knob
-Threaded muzzle 1/2 X 28 TPI
-Cerakote action
-Cerakoted barreled action in Graphite Black, Mil-Spec Green, FDE, Cobalt, Burnt Bronze, Sniper Gray, and our custom Vudoo Green (custom colors can be done for an additional cost)
-Comes with trigger pins, but no trigger is included in the cost
-Available as either left- or right-handed

Check out the product video:

To see the Vudoo Three 60 in action, watch this review by Iraqveteran8888. It’s pretty dang impressive!

Subscribe to GunMag TV and buy your magazines from GunMag Warehouse!

Stephanie Kimmell is the firstborn daughter of Missouri’s Pecan King, worthy scion of a Vietnam veteran sailor turned mad engineer-orchardist-inventor-genius. With a BA in technical writing, she freelances as a writer and editor. A Zymurgist greatly interested in the decoction of fermented barley and hops, she is in many ways a modern amalgam of Esther Hobart Morris, Rebecca Boone, and Nellie Bly. She hunts, fishes, butchers, and cooks most anything. When not editing or writing, she makes soaps and salves, spins wool, and occasionally makes cheese from cows she milked herself. Kimmell is a driven epistemophilic who loves live music and all sorts of beer.