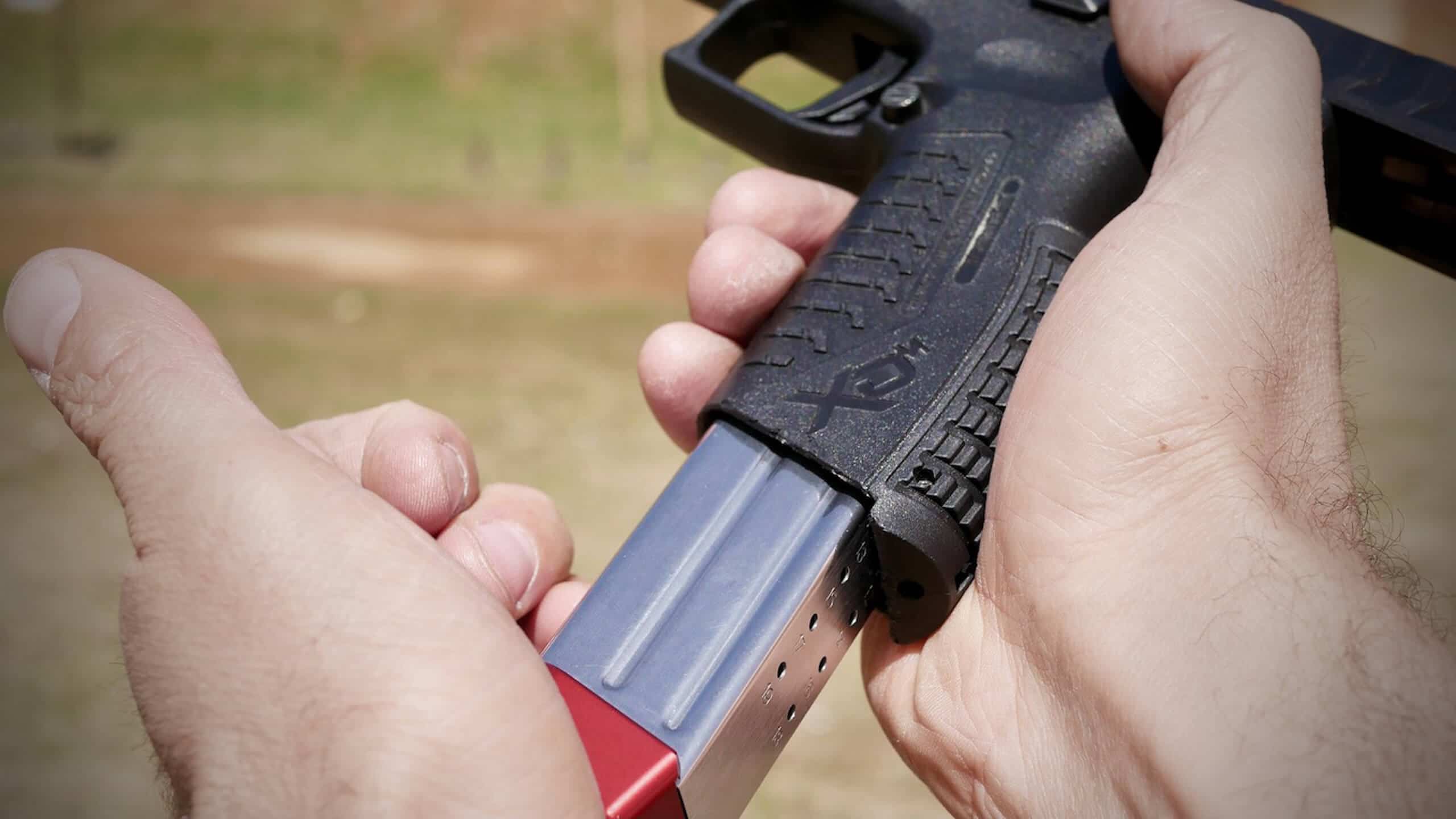 By The Humble Marksman

Editor’s Note: This is the fourth entry in the “Practical Skills” series from The Humble Marksman. You can find the first part on recoil management here, the second part on mastering trigger manipulation here and the third part on improving your draw here.

The essence of performing well in a shooting competition is keeping the gun up as much as possible and eliminating the dead time between shots. One skill that plays a small but important part in keeping the gun up is keeping the gun fed with ammunition – via the reload. The act of dropping the spent magazine and replacing it with a fresh one is incredibly easy to understand, and not that challenging to do – slowly. But when seconds begin to count and you want to go fast, that’s when the technique is going to pay big dividends.

There are two types of reloads: there is the emergency reload when the gun is dry and is at slide lock; and the speed load, when the gun still has a round in the chamber and the slide is forward. Depending on your flavor of shooting sport, one may be prioritized over the other. Speed loads will generally be a little bit faster and are the load that should be used most — rules permitting.

As with the draw – the first step to a fast reload is setting up your belt efficiently. In USPSA, recent rule changes have allowed all divisions to wear magazine carriers anywhere on the belt. The most efficient placement of a magazine carrier is just to the inside of your support hand pectoral with a sweeping rake set to the magazine, so your support hand falls off the gun and down onto the magazine in the pouch. This movement requires the least amount of physical movement of your arm and the magazine to travel the shortest distance to the gun. In IDPA, magazines must be stowed on the belt behind the centerline of the body. Get your first magazine pouch as far forward as legal and set the second pouch just far enough behind it so that you won’t dislodge the second mag when you go to grab the first.

The reload itself can be broken down into a few steps: dumping the first mag and retrieving the new mag, bringing the mag to the gun to seat, and then rebuilding your grip and reacquiring the sights. As a quick housekeeping note, all magazines should be stored on the belt either bullets forward or bullets out. Bullets backwards is not a winning technique at the highest levels of competition.

A good grasp on the magazine makes it the easiest to manage, with the pointer of your finger along the front edge of the magazine and with your pointer fingertip either on – or just below – the first projectile stored in the magazine. This turns the reload into a “point” the magazine into the gun grip.

If you start attempting to build speed and your accuracy nose dives, pay attention to how you’re attempting to feed the magazine into the gun. One sure way to have dodgy reloads is to push the magazine at the gun by the base pad with nothing guiding the nose. This mag grab is the reason bullets backward doesn’t work particularly well when reloading at speed.

Do not push the magazine toward the gun with a grip on the base pad of the magazine only – it is very difficult to be consistently accurate!

The next premise of speed is going to be where you hold the empty gun. We’ll fine tune where it’s located next, but conceptually the closer you can hold the gun to the firing position the faster the load can be — up to a point. You can’t hold the gun on target as getting the mag into it will be too difficult, so generally turning the muzzle of the gun toward your support side by not quite 90 degrees at near chin height — or “workspace” — provides the most efficient loads.

You should be able to see into your magwell — specifically the first inch or so of the mag chute on the dominant side of the pistol. That said, everyone’s biomechanics are going to be different, but your sweet spot for the reload is going to be between sternum and chin height with the gun twisted to view into the magwell and the gun oriented at the source of ammunition on the belt.

Next, establish the position you should hold the gun to present the magazine. Assume an “air gun” grip as if you were shooting your pistol, whip the support hand down onto your mag pouch and rapidly bring it up as if to reload and see where the magazine stops and the general orientation. Do it a few times – the magazine should rest at the same spot each time. This is where you need to hold your gun for the reload.

I recommend using a snap cap in the magazine and a completely empty gun to learn to reload the gun.  Start with a good firing grip pointed at a target. Simultaneously move your trigger finger up onto the frame and your thumb to the mag button and dump the mag while your support hand flies down onto the belt. Make sure your support hand index finger is properly over the end of the magazine. Repeat this a few times until you’re consistent and fast. Your index finger must stay put on the frame – cleanly out of the trigger guard – while performing the reload.

Now, the final step. Start with the mag at the base of the gun not seated – fingertip touching frame – shove the mag home, release the slide with the thumb of your support hand if it’s an emergency load, and rebuild your grip and reacquire sights on target. You should be beginning to prep the trigger as you reacquire sights on a specific point on the target. Only introduce your finger onto the trigger once your sights are on target.

Isolate the part of the reload that is giving you trouble, and focus on consistency and efficiency then begin to gradually introduce speed. When the technique breaks down at a given speed, look harder at what changed and drill it up. Once your static loads are tidy, begin attempting technique while moving — always minding the direction and orientation of your muzzle.

Editor’s Note: Be sure to check out The Armory Life Forum, where you can comment about our daily articles, as well as just talk guns and gear. Click the “Go To Forum Thread” link below to jump in!