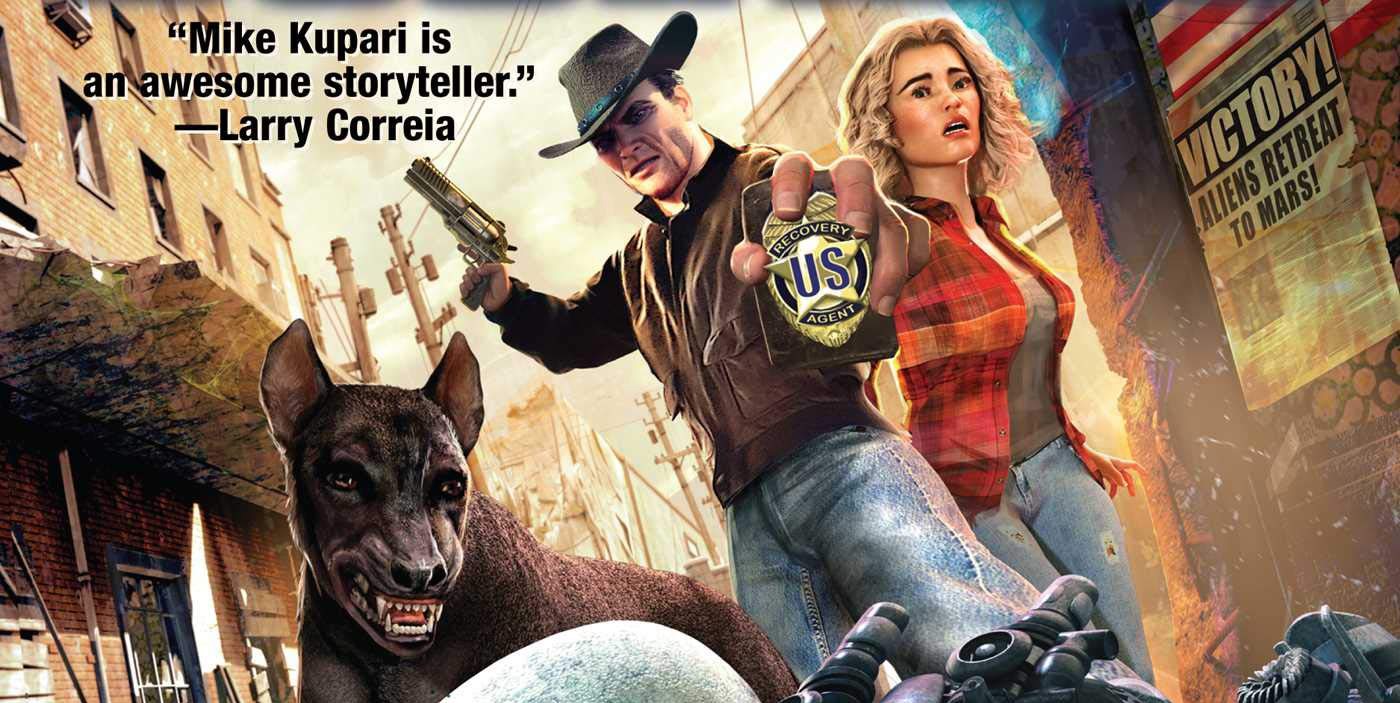 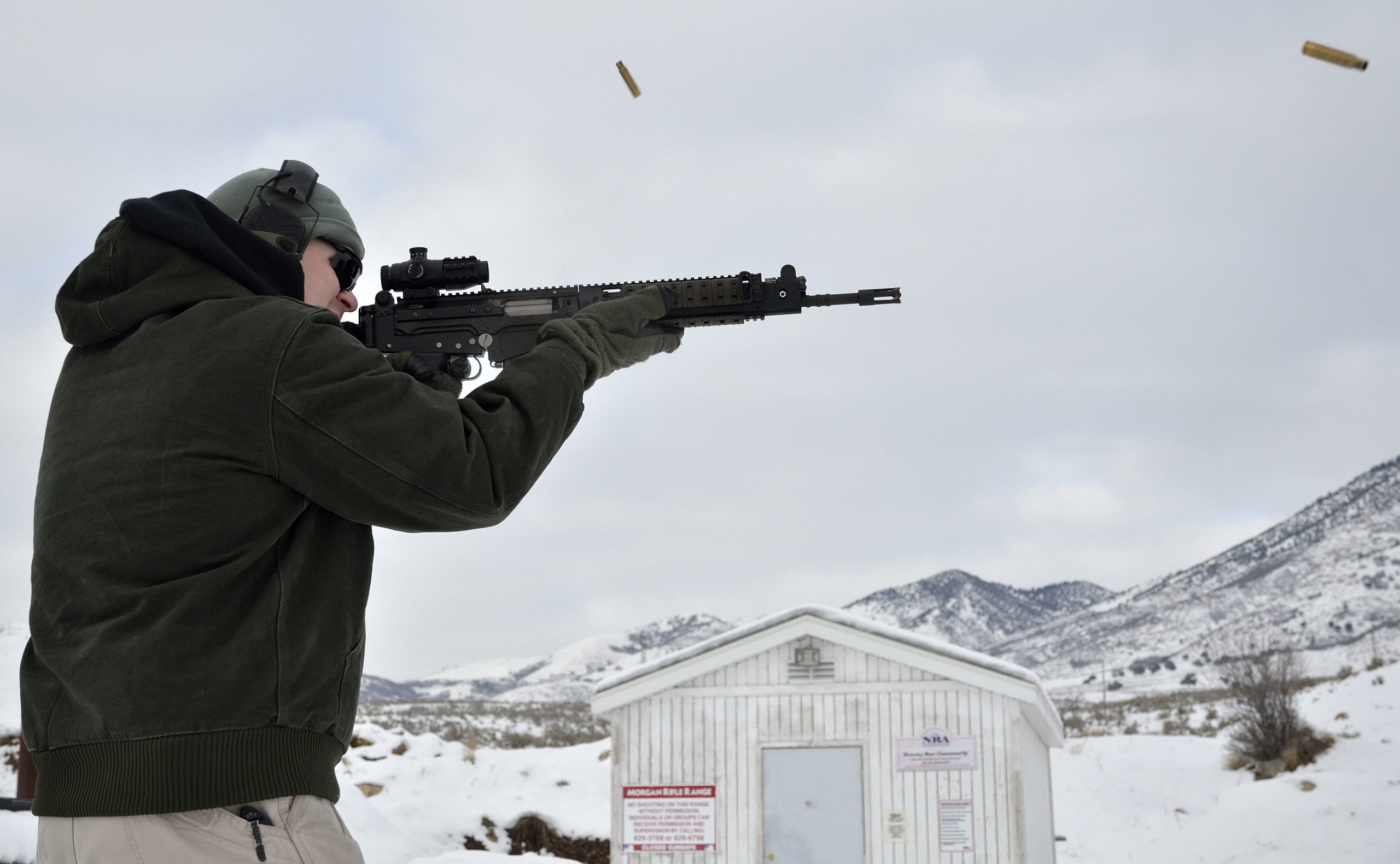 “He remembered, vividly, the day California was invaded. A combined Army, Marine Corps, and Air Force offensive had finally pushed the UEA out of Texas and back into Mexico. The damned Greys counterattacked by opening up a second front in the Continental United States. They were somehow able to jam NORAD’s radars effectively enough to conceal hundreds of hypersonic transport aircraft.

The planes dropped troops and weapons into Southern California before turning kamikaze and striking various targets throughout the region. Having secured a beachhead, the UEA was able to bring up more assets from Mexico and South America by sea, reinforcing their toehold in California and allowing them to break out of the Greater Los Angeles Perimeter.

They were able to take the entire LA-to-San Francisco corridor before being stopped, and they held that territory for two years. The number of American citizens caught behind enemy lines (and being used as human shields) prevented the US from responding with nuclear weapons.”

Kupari, a self-described revolverphile who preaches the Gospel of the FN, is an experienced (though wrong-handed) shooter who uses his experience as a former EOD Technician, PMC contractor, and general retro-gun-nerd-savant to provide verisimilitude to his writing.

Kupari, who is a Mag Life contributor by the way (!), has written several novels.

“Jesse’s shop looked cluttered and chaotic, but he seemed to know right where everything was. The centerpiece of it was a CNC mill and a lathe. Electronics projects cluttered one workbench, while firearms projects took up another.

A faded Arizona flag hung on one wall, as did a prewar, fifty-star US flag. Next to them was a pair of posters. REMEMBER PHOENIX, one declared, while the other proclaimed KEEP WATCHING THE SKIES!

Below those, framed, was his certificate of his completing the Arizona Ranger training course and a photo of his swearing-in ceremony. Leading Nathan to his gun-bench, Jesse picked up a large pistol and proudly handed it to his friend.

“What’s this?” Nathan asked, examining the gun in his hand. It wasn’t anything he’d seen before, and he knew his way around a gun.

“Did you make this?”

The gun was a hefty semiautomatic, but the magazine well was located in front of the trigger guard. Nathan locked back the slide, verifying that the weapon was unloaded, and looked at the markings.

Jesse grinned. “Yup! The problem with most magnum semi-autos is that they’re huge, right? It’s because they’re trying to cram a revolver-length, rimmed cartridge into a pistol grip. You end up with a grip like a two-by-four. I solved that by moving the magazine well out of the grip.”

“Only in overall layout. This gun is striker-fired. It’s roller-delayed, recoil-operated, like the Kraut STG-88 assault rifle. Try the trigger!”

Nathan released the slide and squeezed the trigger. With only a little bit of take-up, it felt like a thin glass rod breaking.

“Three and a half pounds’ pull weight on that, and it doesn’t feel mushy. I added a thumb safety because the trigger pull is so light, and to make it extra drop safe. I tossed my second prototype off the roof, onto the driveway, over and over again, trying to get it to discharge, and the safety held.

Anyway, the barrel is fixed, so it’s real accurate. For the next prototype, I’m working on a user-serviceable quick-change barrel system. You’ll be able to swap from the five-inch service barrel, like on this one, to a longer, heavier target barrel, and even a short snub barrel. I figure I can machine a scope mount into the heavy barrel, so it’ll be good for handgun hunters. I may be able to figure out a caliber conversion system, eventually, too.”

“This is really nice, Jesse,” Nathan said, aiming the pistol at an antelope head mounted on the wall.

“The magazine holds ten rounds. I’m working on a twenty-rounder, but I haven’t put it together yet. Even still, that’s four extra shots over a typical police revolver, it’s more powerful, and it reloads quicker.”

“Eh, I really can’t. I’m a one-man outfit. I don’t have the capability to mass-produce a gun and making these as one-offs would make them too expensive. Once I get the design finalized, I’m going to try and sell the manufacturing rights.”

“Yeah, I guess that makes sense.” Nathan flipped the gun around in his hand and offered it to Jesse butt-first. “You gonna pack this beast on your next Ranger call-up?” 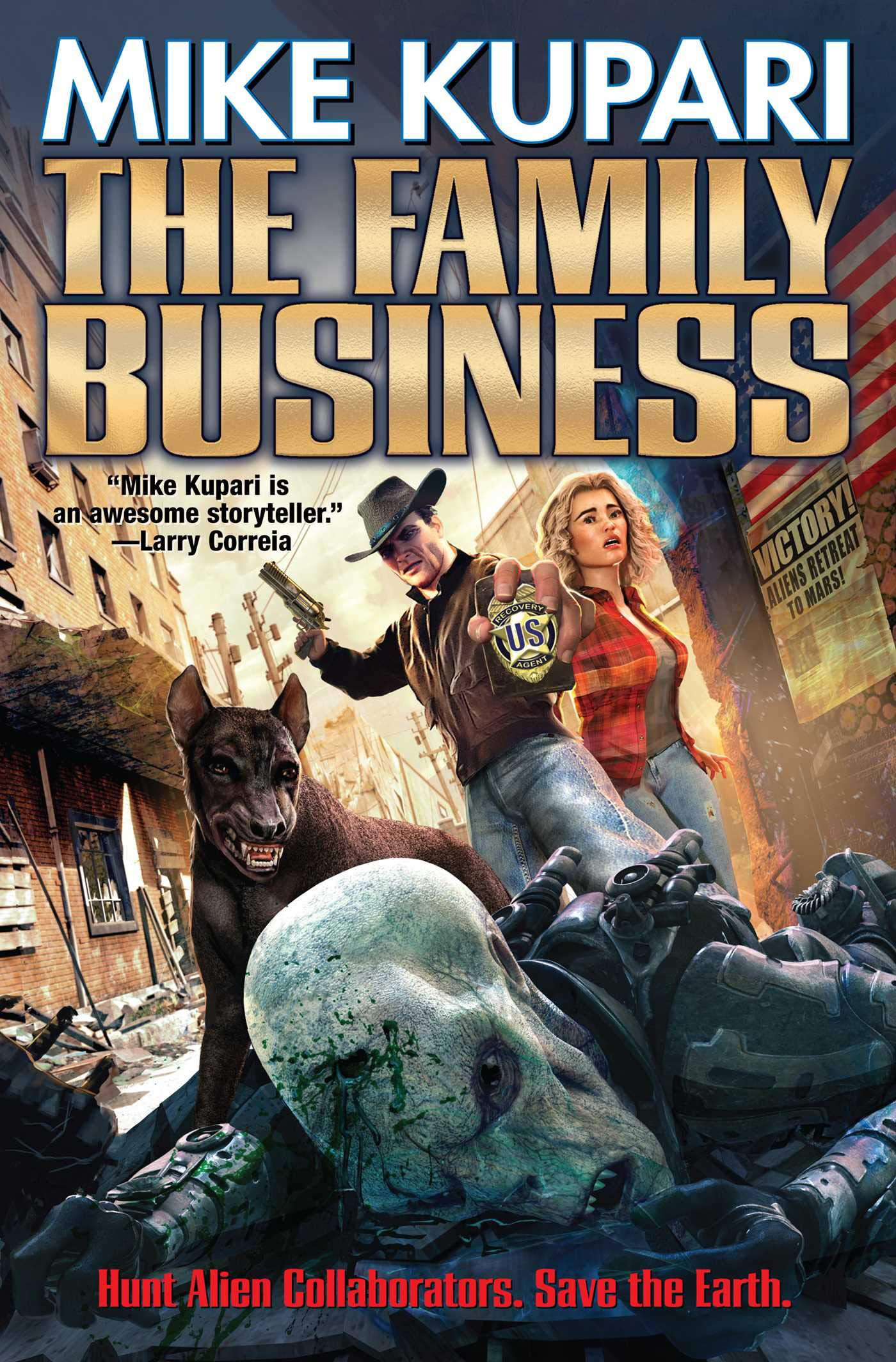 The book is officially described thusly:

Decades ago, the Visitors descended on Earth. They claimed to bring peace and prosperity. Their real goal was the total subjugation of humankind. But humanity did not give up its only home without a fight. After a devastating war, the Visitors were driven back to Mars. Their millions of willing human collaborators were left behind. The task of hunting down these former alien collaborators and bringing them to justice falls to Federal Recovery Agents like Nathan Foster.

Now, Nathan Foster is tasked with bringing to justice Emmogene Anderson. As a teenager, Emmogene was experimented on by the Visitors and implanted with a device that allows her to control other people. With her is her obsessive ex-lover, who was also a former commando of the Visitors’ forces. It’s an easy enough job—but Emmogene has been implanted with something else, something much more important.

Nathan and Ben must decide what is right in a largely lawless world— and the fate of the planet hangs in the balance.

“I started writing in high school. I didn’t really get into it until college when I began writing fiction online. I never seriously considered trying to be a novelist, though, not until 2006. That was the year I met Larry Correia. He liked a story I was writing online and asked if he could jump in on it. That story ultimately became DEAD SIX.

I lived in Doha, Qatar for a year, while working security at a US installation there. Qatar ultimately became the inspiration for the fictional country of Zubara.

Later in life, I served as an explosive ordnance disposal technician in the US Air Force. I deployed to Afghanistan and applied that experience to my second book, Swords of Exodus.

My first solo novel, Her Brothers Keeper, wasn’t exactly inspired by real life. I am sad to admit that I’ve never captained a privateer rocket ship. I do, however, have a lifelong love of science fiction and space opera and am excited to continue sharing my take on different genres.” 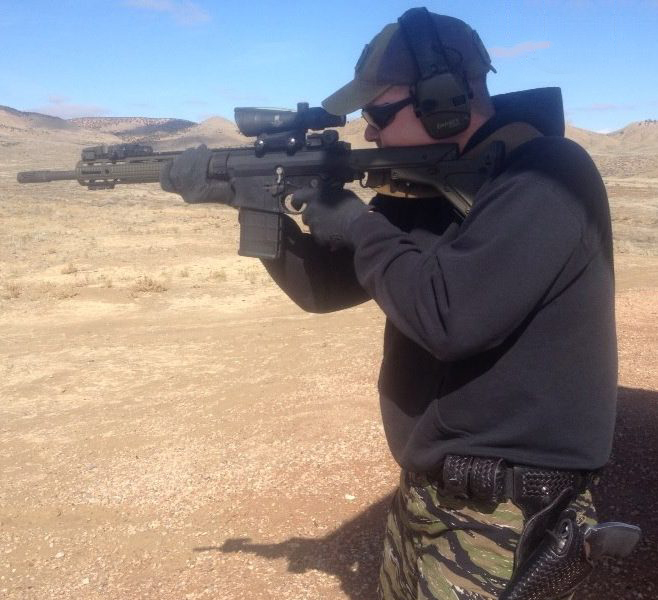 You can find the book on the Baen website or in Amazon.com’s book section.